This observation features a relatively pristine crater in the southern mid-latitudes. The crater still has a sharp rim on its south end, but it has experienced modification since forming.

The north half of the crater is populated by a large number of gullies that appear to emanate from resistant layers. The layers likely continue around the crater, but the gullies do not. Distinct layers are visible on the south wall of the crater. It is unknown why gullies form on certain slopes and not others. Interestingly, the gullies themselves are not so pristine. They are covered by dunes and cut by polygonal fractures, indicating that they have been modified by aeolian (wind-driven) and periglacial (ground ice) processes, respectively.

There are a large number of boulder tracks visible on the crater walls. Boulder tracks typically are approximately constant in width, and can often be seen at the track ends. The crater floor has a texture indicative of sublimation processes. (Sublimation is when something goes directly from a solid to a gas phase, skipping a liquid phase.) If a soil is ice-rich under Martian conditions, the ice can sublimate causing the ground to collapse and “crinkle” where the ice used to be. 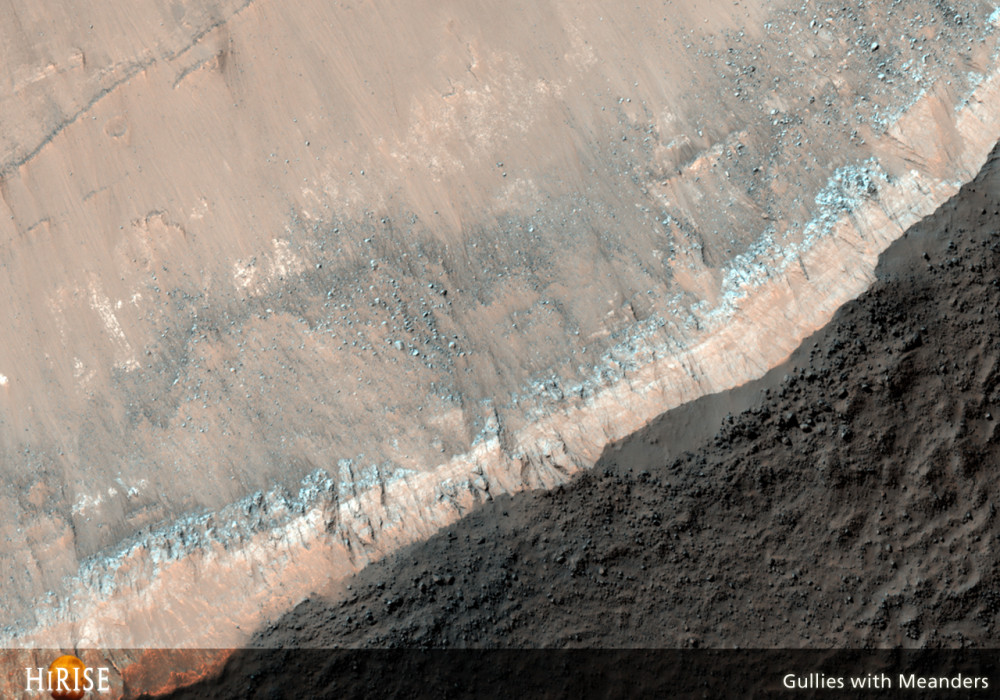