This image shows a southern mid-latitude crater: it has bright landslides on its southeast and west walls, some of which have noticeable boulder tracks where boulders rolled down the slopes.

The most noticeable features of this crater are the gullies on the north wall. A couple of small gullies appear to emanate from an overhang. The others originate at or near layers up-slope. The layers are sturdy and resistant from erosion: the layers that appear to be decaying into resolvable boulders, instead of particles easily moved by the wind, are evidence of this.

The color portion of this observation is spectacular. Note the distinct, blue layers lining the south rim of the crater and the white-blue rocks poking through. Wind erosion will likely expose them as time continues.

The top part of the image captures the complex floor of a larger crater upon which the featured crater is superposed. There are a large number of dunes as well as prominent ridges. The color contrast of the gullies to their surroundings is quite distinct. The gullies have blue channels; however, their down-slope debris aprons are redder. This probably indicates a change in particle size, or that the debris aprons have been covered with dust to blend into their surroundings.

Please note that this image is false color; it is not as it would appear naturally to the human eye. 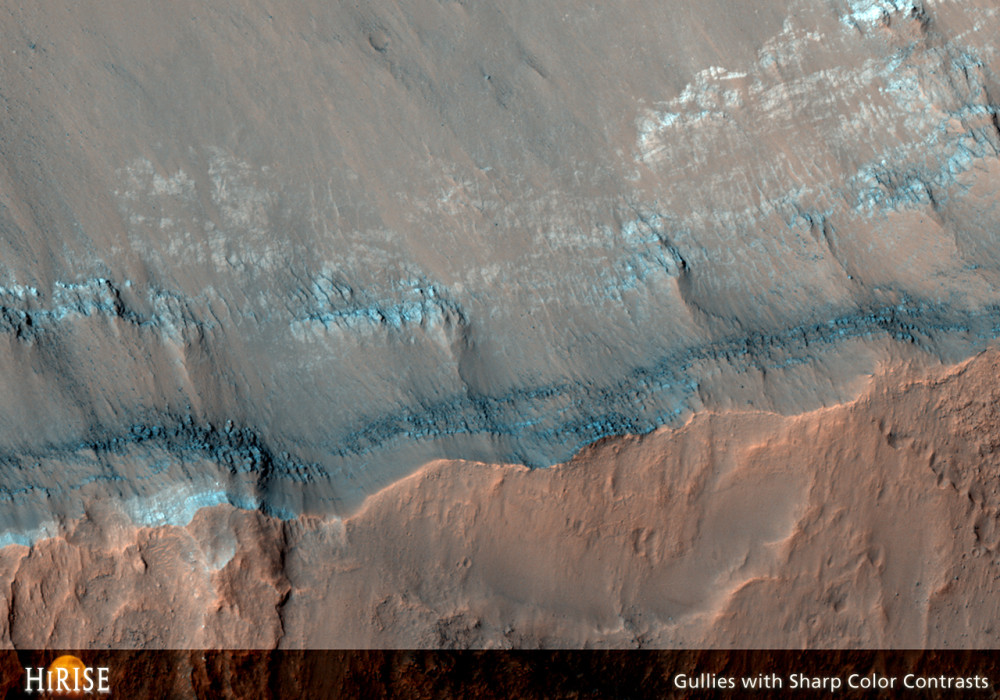