Gully Alcoves at the Very Top of a Slope

Several characteristics of crater wall gullies are visible in this image that provide possible insight into the formation mechanisms of gullies on Mars.

The undulating pattern of ridges on the crater floor ( left side of the image ) appear similar to features interpreted as elsewhere on Mars that involve ice-rich materials.
Written by: Kelly Kolb   (28 July 2008) 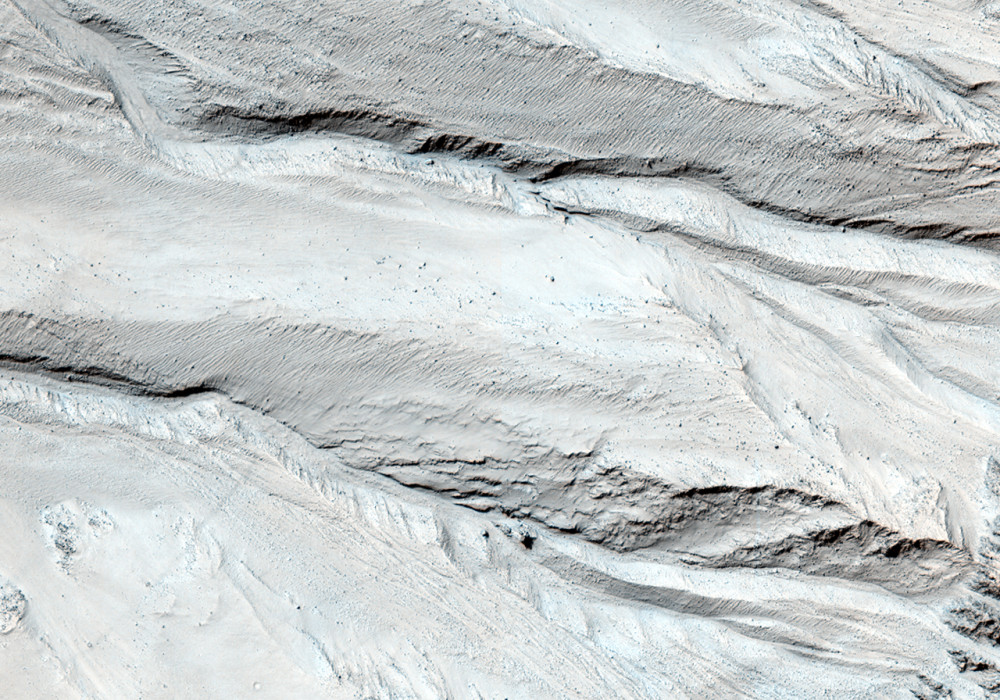