An earlier observation ( ESP_019969_1215 ) of the same area shows a very interesting feature: a defrosting gully and dunes, with distinct defrosting spots along the gully channel.

Since HiRISE can re-image certain areas over time, this area seems like a worthwhile place to monitor the defrosting process and hopefully gain a deeper understanding of it. This observation was taken at the end of southern summer and will serve as a baseline for observing the gully defrosting next southern spring. 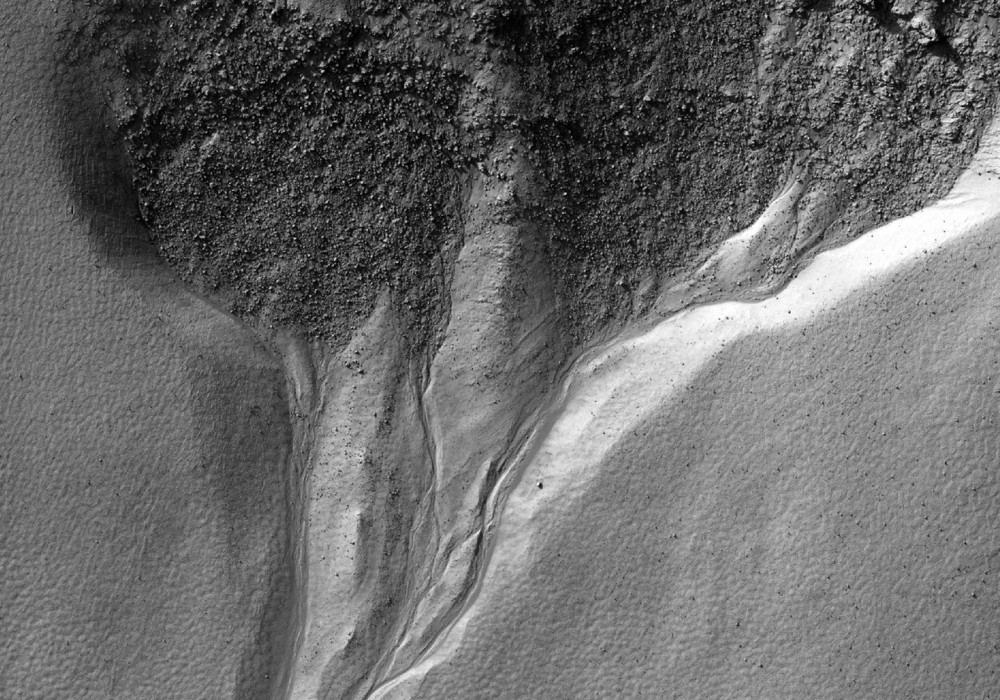