In this enhanced-color image are dunes within the largest collection of dunes on Mars, Olympia Undae, near the margin of the north polar deposits, Planum Boreum.

This section of Olympia Undae is particularly interesting because the dunes are rich in gypsum, a mineral that forms in the presence of water. The material comprising these dunes is thought to have eroded from geologic units near the base of the polar deposits, but these units have poor to no gypsum content. Therefore, water likely affected these dunes after the sand had eroded out from the polar deposits. Several ideas have been proposed to explain the formation of gypsum, including hydrothermal (hot water) activity and melting of water-ice in the polar deposits.

While gypsum dunes on Earth (for example, at White Sands, New Mexico) are white (the color of gypsum), these Martian dunes are dark due to the presence of basaltic grains that lower the brightness of the dunes. CRISM, another instrument on MRO, has found that the crests of the dunes are the most gypsum-rich.

So, what is the bright, polygonally-fractured material in the low spaces between the dunes? Perhaps it is polar ice lying beneath, desiccated (dried) gypsum material whose fine grain size makes it difficult for CRISM to detect, or something else altogether. 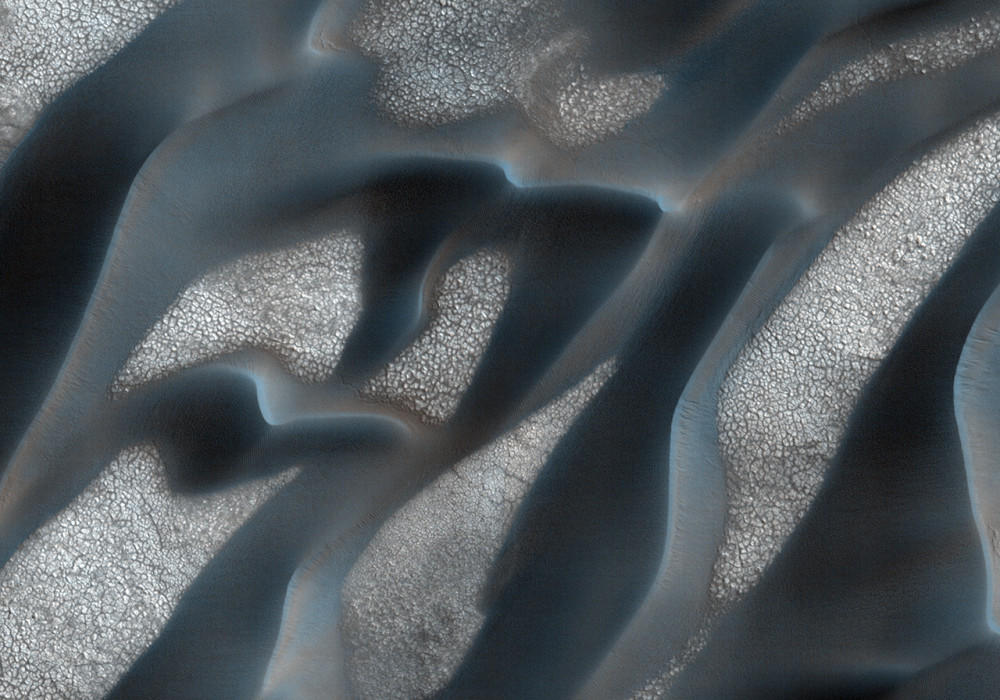