HiRISE is monitoring the residual carbon dioxide cap on (or near) the South Pole of Mars to see how it changes over time.

Some of this terrain contains many pits, earning it the nickname “Swiss cheese terrain.” One of our monitoring spots is over what looks like a deranged happy face . If you look closely, you’ll see many changes since the first HiRISE image, PSP_004000_0945 , was acquired in 2007. The pits have grown larger! When this pit growth was first discovered, it was suggested to be an indication of climate change on Mars.

However, we now suspect that the carbon dioxide that sublimates (going directly from a solid to a gas) from the pit walls recondenses on the nearby surfaces, so there is no net change in the carbon dioxide. With HiRISE stereo data we can measure these changes to test the theories. 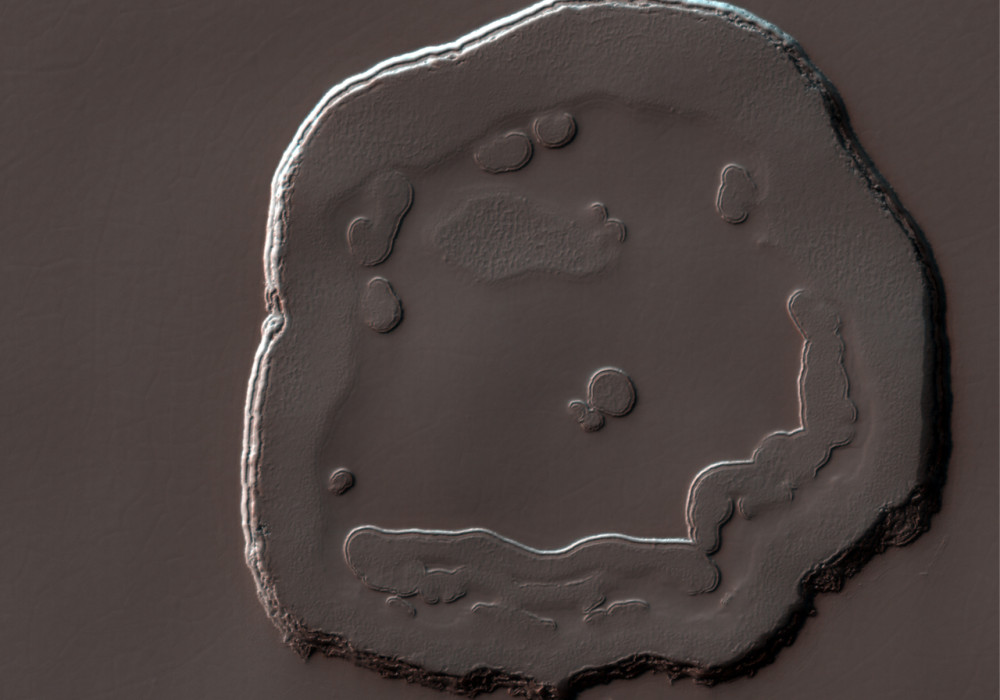