HiRISE, with its high resolution and 8 years in orbit about Mars, has shown that many dunes and ripples on the planet are active . This demonstrates that in some areas sand is loose enough and winds strong enough, that significant change can occur.

Nevertheless, other Martian dunes are clearly *inactive*. This image in Arcadia Planitia shows dunes in a crater. Unlike active dunes on the planet, those here are bright, and, zooming in, there are several lines of evidence indicating that the dunes have become indurated, that is, hardened into cohesive sediment or even into sandstone rock . For example, the dune field at the southern edge is cut off by a step cliff, indicating erosion of hard material. Although fine scale ripples on the original dune surface are preserved, we also see large scale fluting from southwest to northeast, a common texture associated with wind-induced sand abrasion.

How these dunes became indurated is unknown. One possibility is that this area of Mars was buried and then exhumed, a process that seems to have occurred many times in the Martian past over various areas of the planet . During burial, compaction and possibly ground water circulation would have indurated the dunes, leaving them as a hard sandstone that, when exhumed, was subsequently partially eroded.

Note: a version of the cutout is with only the scale bar is here . 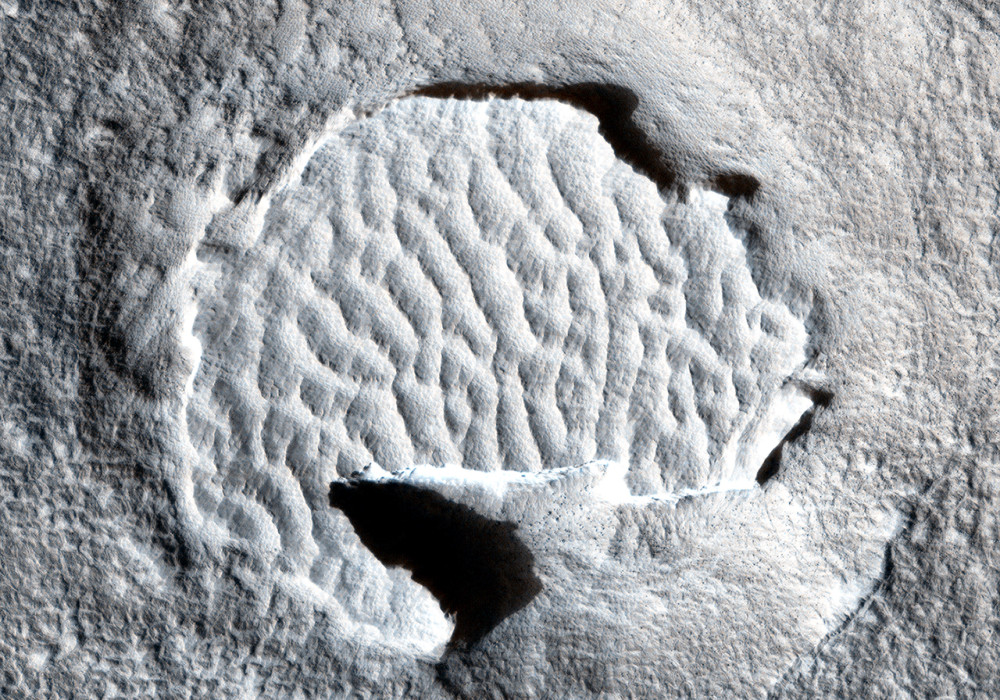