One of the most well-known valley networks on Mars is Warrego Valles. Located along the southern boundary of the Thaumasia Plateau in the southern highlands, images of these valley systems are often used in textbooks or online as evidence for a more Earth-like climate on early Mars.

At least before the HiRISE era, whenever a single image illustrating “water on Mars” was needed, a Viking-era image of Warrego answered the call. Despite its fame, the origin of the Warrego valley networks has never been fully understood.

At first glance, these ancient (several billion years old) valley systems seem similar to erosional networks on Earth, but they are simpler and not as finely integrated. In addition, they are only located in one area on the plateau boundary. Valleys have not formed all along the plateau boundary as might be expected from rainfall (Gulick, 2001, Geomorphology, pgs. 241-268). Nevertheless many have argued that these features attest to an ancient warmer, wetter time of Mars’ geological history.To better understand the Warrego valleys, HiRISE imaged the headwater regions of one of the tributaries.

Seen at high resolution the system appears more complex than implied by the much lower resolution Viking-era images. The valley floor—as well as the floors of nearby small craters—is covered by an enigmatic rough, angular, blocky textured material that seems to be contained in a finer-grained material. This rough textured material might also be the result of ice evaporating from the subsurface.

At any rate at HiRISE resolution, there is little sign of fluvial bedforms, like channel bars, from the original erosive event that carved the valleys. Given the age of these valleys, clues to its origin may long since have been obscured by subsequent geologic processes. Without such geologic clues we can add little more to the previous speculation about what might have carved these features originally. In this case, the high resolution images provided by HiRISE inform us that we have much more to learn about some of the best known landforms on Mars. 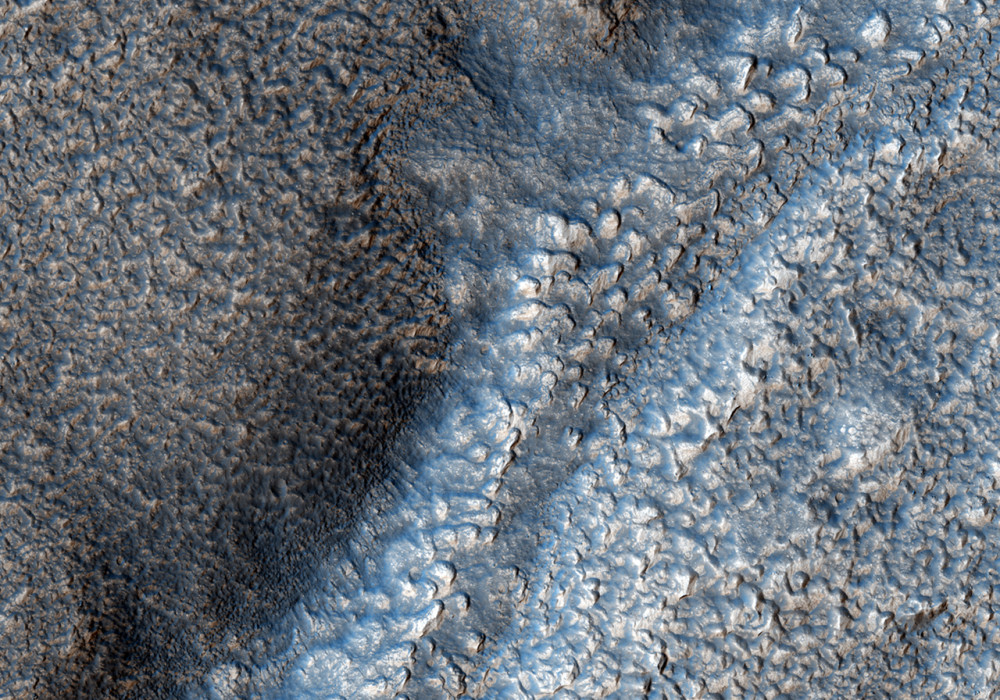