The standard color images for this observation look really weird. The reason is apparent by looking at an animation of the color images. These were acquired in a particular sequence: first blue-green (BG), then RED, then infrared (IR), and the animation shows them in this sequence.

What we see are thin condensate clouds moving relative to surface features. They appear to move 200 meters distance over the 0.1855 second between the infrared and blue-green imaging, or 1.08 kilometers per second! Wait, that’s supersonic—can clouds do that? NO!

The MRO spacecraft also moved 603 meters along its orbit in that 0.1885 second frame, so from 260 kilometers altitude, we have a stereo convergence angle of 0.133 degrees. Such a small convergence angle would be useless for stereo imaging of surface features up to only about 1 kilometer high, but clouds can be much higher.

If the clouds were half as high as MRO (or 130 kilometers), they should appear to move 603 meters relative to surface features. Since they only moved 200 meters, their heights must be approximately 42 kilometers. Previous imaging experiments have measured Martian clouds up to 80 kilometers in height. High cirrus clouds on Earth extend up to about 12 kilometers in height, but the lower gravitational acceleration of Mars creates a more extended atmosphere. The high clouds on both Earth and Mars are composed of ice crystals, although on Mars they may be from carbon dioxide rather than dihydrogen monoxide (water). 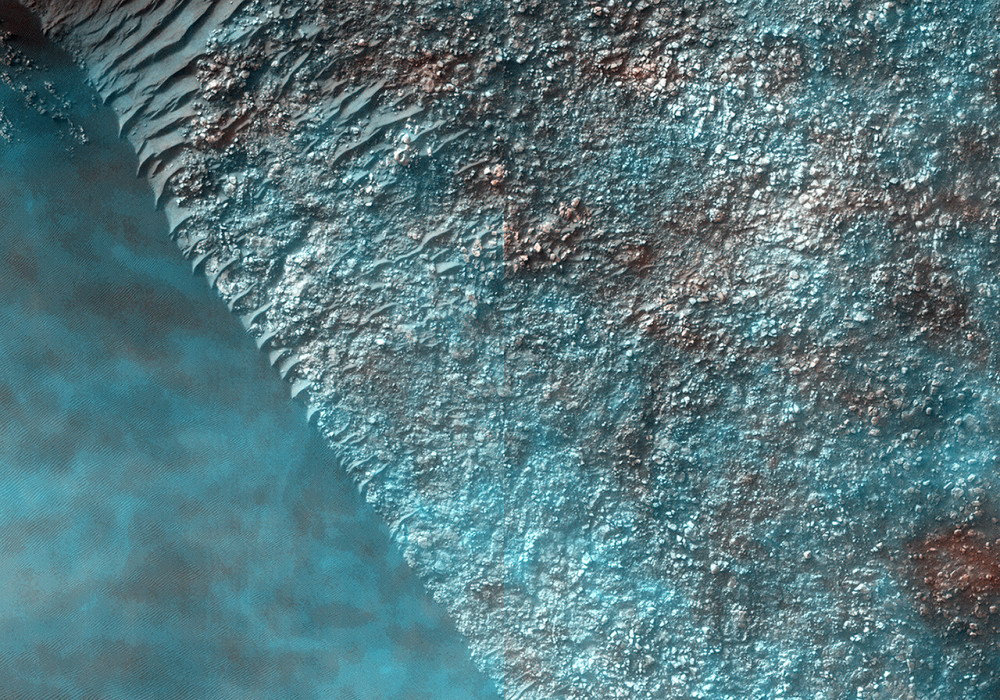