The terrain in this observation looks like an ancient uplifted crustal block. The area is riddled with faults (big cracks that allow rocks to slide) and ridges that look like uncovered magma dikes.

A Mars Orbital Camera picture shows the region to be moderately dusty, but rocks do poke out along the ridges. With a high resolution images, we want to know if the dikes are of the same composition as the flood lavas that surround this high terrain. And what material did the dikes intrude upon which can be eroded away? 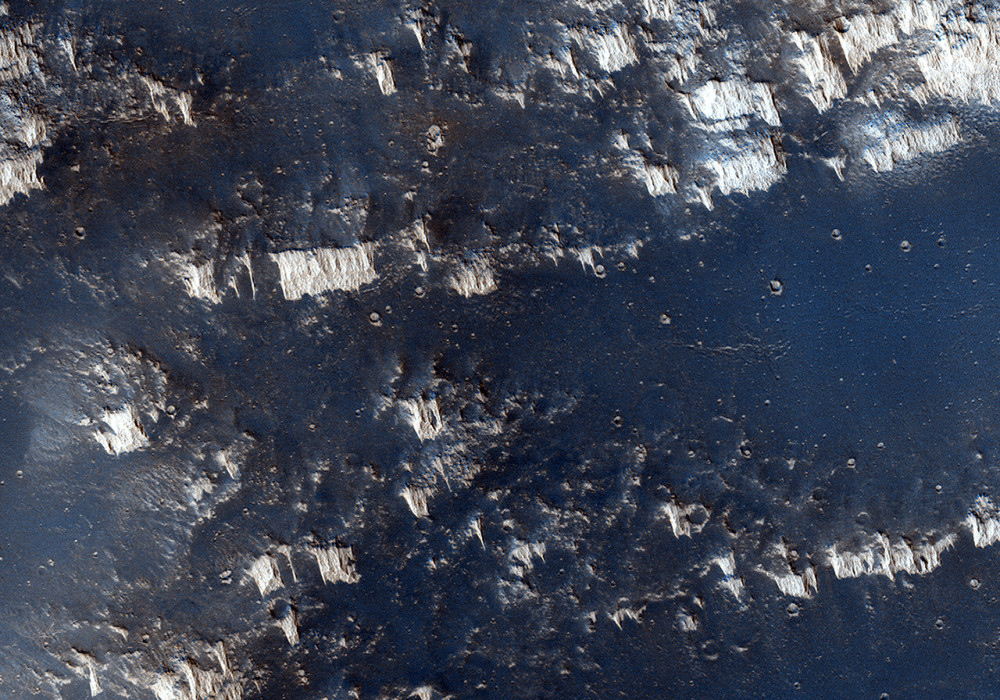