Hills and Cones in Utopia Planitia

The northern part of the image is dominated by a roughly circular hill with streaks of material radiating from it; a few smaller hills with pitted summits occur to the south. These features could have originated in volcanic eruptions or a process called mud volcanism.

The IRB false-color data shows that distinct color differences occur within the image. The northernmost part of the image is a deep blue, while most of the plains are pale blue and the hills are distinctly yellow. Some part of the coloration of the image may be due to dust coating, but the similarity of the various hills suggests that they all have similar composition and so may have a related origin.

Minor striations in the color along the axis of the image are visible at the southern edge. These are artifacts that occasionally appear between HiRISE channels. 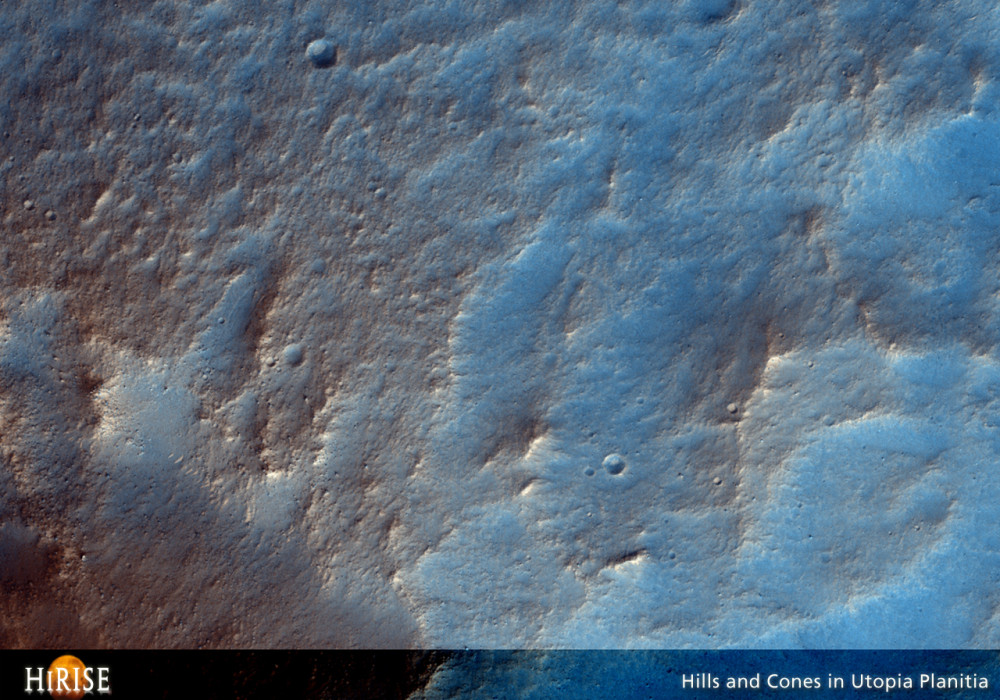