How Did the Mound in Gale Crater Form?

Scientists have been wondering about the origin of the central mound in Gale Crater since before Curiosity landed nearby. One hypothesis was that a lake of liquid water once filled the crater, and the layers in the mound formed as sediment settled down through the water to the bottom of the lake.

Other hypotheses involved dust or volcanic ash that fell through the air to form layers. In either case, the layers could have later eroded away at the edges to form a central mound.

HiRISE took many images with the goal of figuring out this mystery. Now, a new paper by Edwin Kite of Caltech claims that the layers were formed by wind action, not liquid water .

Kite and the coauthors used HiRISE stereo to make digital elevation models, then measured the dip angle of the layers at the edges of the mound. The layers are tilted outward, not flat and horizontal across the mound. Their model shows how wind alone could have formed layers at the same angles they see in the Gale mound, so there didn’t have to be a lake in Gale Crater.

Curiosity will be able to test this model. If wind alone formed this mound, Curiosity might not find much evidence for water-related processes there. 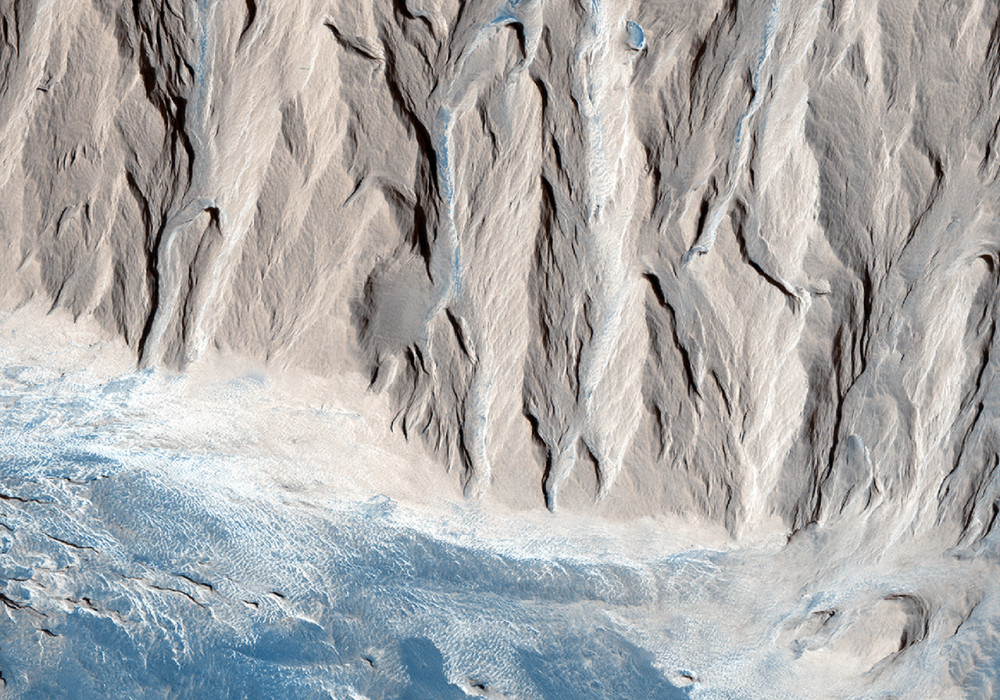