How Did Valles Marineris Form?

This image (and its companion for stereo) crosses an impact crater about 50 kilometers (30 miles) wide. The crater was visible in Mariner 9 and Viking Orbiter images acquired decades ago, and was interpreted as evidence that the floor of Coprates Chasma was an old surface like that of the surrounding plateaus north and south of the canyon, and had dropped more than 10 kilometers (6 miles) as a huge intact block of crust.

However, this image and others acquired by MRO reveal a geologically young crater, with far fewer superimposed craters than the high plateaus, and well-preserved primary impact morphologies . This crater must have formed after the opening of Valles Marineris, and is not evidence, by itself, that this portion of the canyon system formed from simple downdrop of a giant intact block.

The opening of Valles Marineris did involve crustal spreading and faulting, but may have had a more complex history. Many of the large landslides in Valles Marineris could have been triggered by this impact event. 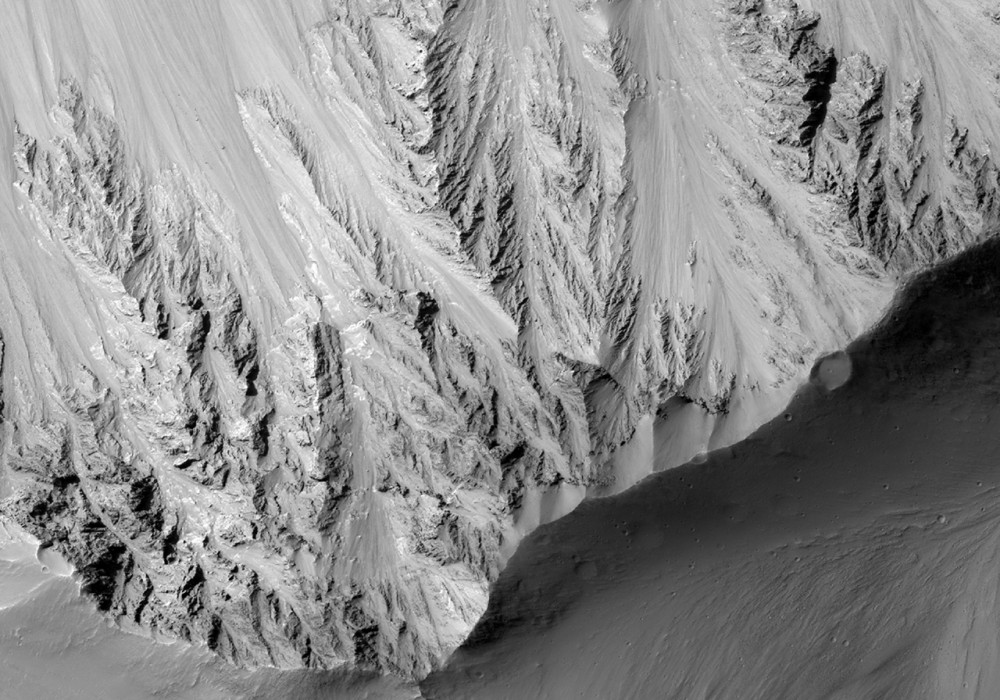