How Old are Martian Gullies?

Gullies eroded into the steep inner slope of an impact crater at this location appear perfectly pristine. Although at first glance it may appear that there are craters superimposed on the gully fans, inspection of HiRISE stereo coverage shows that the craters lie only on the pre-gully terrain.

Distinctive colors in the gully channels and alcoves offer another indication of youth and recent activity. The pre-gully landscape is covered by secondary craters from nearby Gasa Crater, estimated to be about 1 million years old. Although some have suggested that the Martian gullies are also about a million years old and formed in a different environment, we now know that they are continuing to form today. 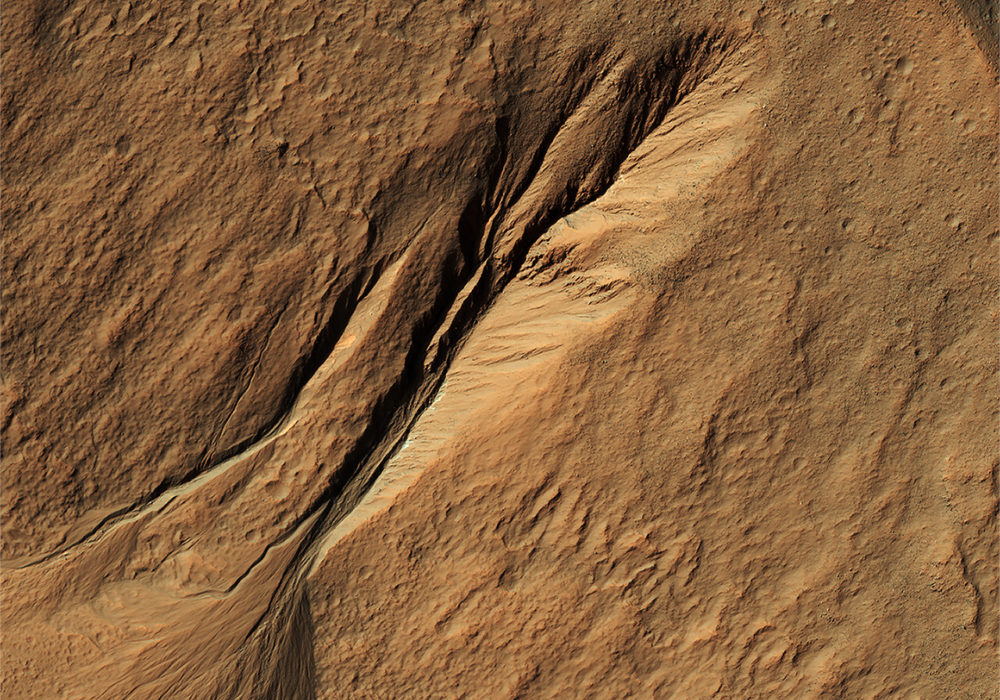