This image is from a region to the north of Hellas Basin. The CRISM experiment on MRO has shown that there are hydrated minerals on the surface throughout this area and several targets in this region have been acquired.

This HiRISE image has considerable diversity in color suggesting a range of surface compositions. The subimage shown is one example. It appears here that a face has been revealed by a rock-fall (note the large boulders at the bottom of the image). The exposed face is markedly bluer in color suggesting the presence of hydrated minerals. 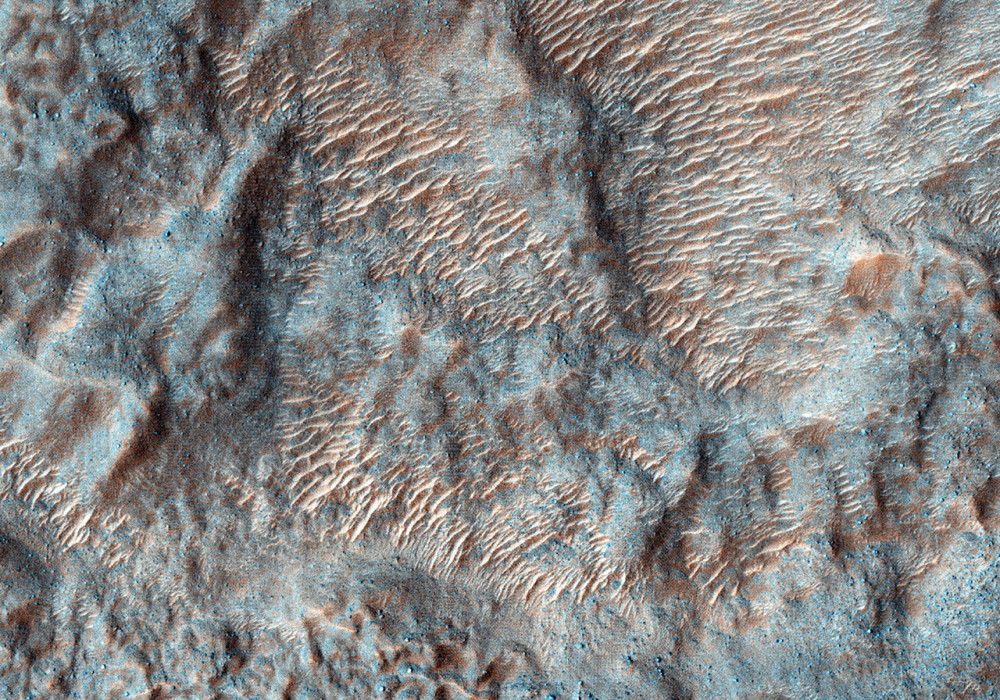