Giant landslides in Ophir Chasma host a variety of geologic surfaces and mineralogies. Some possess a variety of hydrated sulfate minerals that formed in the presence of partially acidic liquid water.

This image of an ancient, approximately 3 billion year-old landslide shows two distinct surface albedos, which are proportions of reflected light. These different toned surfaces also mark a transition from one sulfate mineralogy to another and variations in surface evolution.

The upper slopes to the north are light-toned due to an abundance of hydrated sulfate minerals and bright surface dust . The surfaces that make up the southern portions of the landslide are darker in tone due to the greater frequency of dark sediment that form strings of sand drifts . Additionally, the underlying units of bedrock consist of darker minerals with less hydration then those to the north, implying a change in the ancient aqueous environments that formed them. 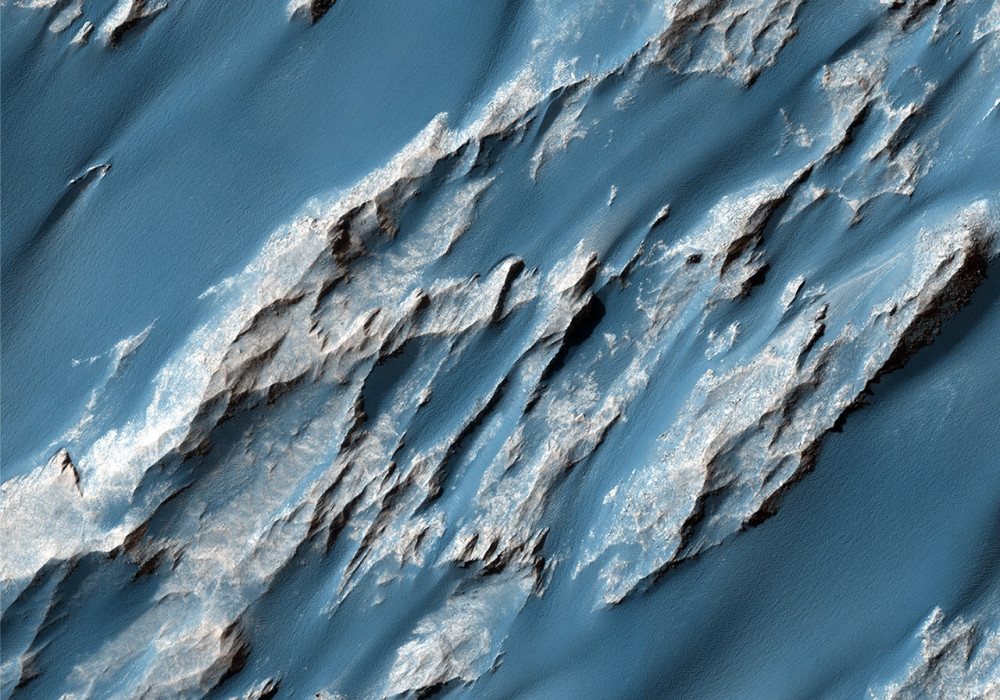