Ice in a Chlorite-Bearing Escarpment in Northwest Hellas

A south-facing escarpment in the Northwest Hellas region that was targeted for the phyllosilicates shows instances of bluish rock in this enhanced color image .

CRISM spectra of the bluish material shows that it consists of a combination of chlorite and water ice. The image was captured at the beginning of southern spring, at a time period when south-facing escarpments still retain ices deposited during the winter. 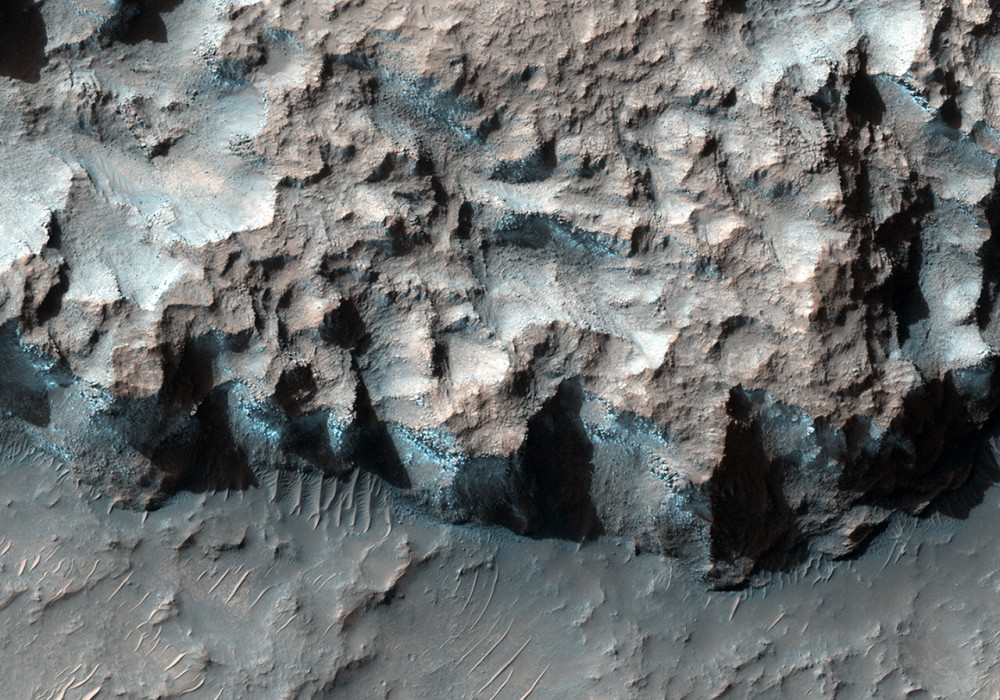