This image was suggested by Max Fomitchev’s class at Penn State University and is of Chasma Borealis that cuts into the northern polar ice cap.

The class had noted a smooth dark patch in previously acquired images from the Mars Orbiter Camera on Mars Global Surveyor and wondered whether these patches were fog or steam rising from melting ice during Northern spring.

The class analyzed this image and wrote: “Chasma Borealis is the largest crevasse that gives the northern ice cap its mysterious swirling appearance. Surface features visible in this image reveal (an) exceptionally flat surface containing (crescent-shaped) dunes. These dunes are called barchan dunes, with dune tips or horns that point downwind, providing an indicator of dominant wind direction.

“The dark patches are actually areas where the carbon dioxide ice in the seasonal polar cap has started to sublimate (evaporating directly from ice to gas). This cap covers a vast sea of dunes at high northern latitudes.” 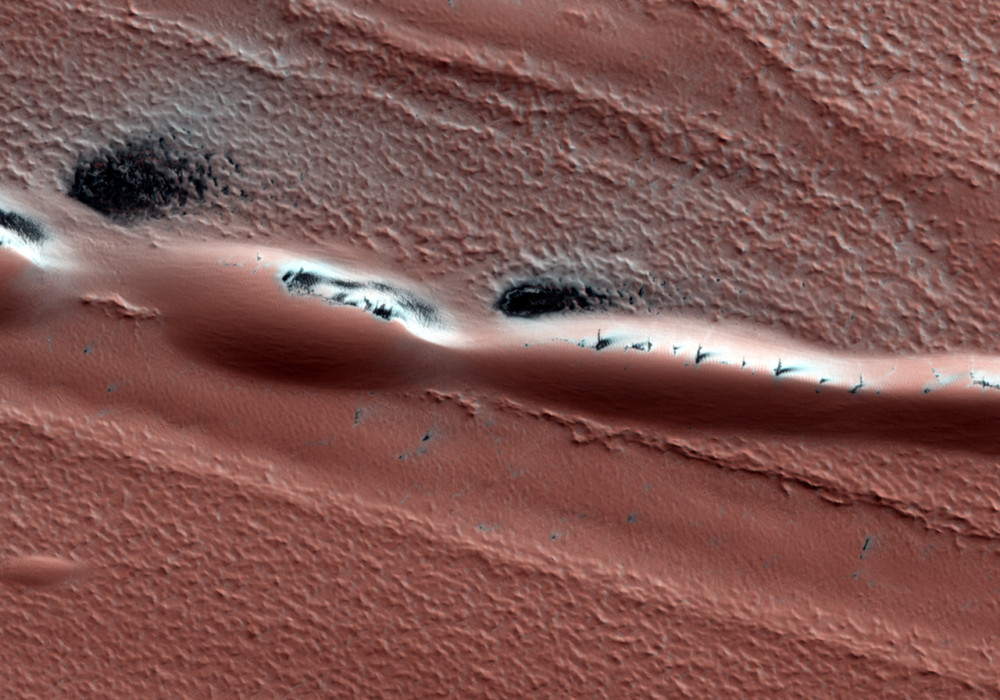