Icy Flow in a Crater

The material on the floor of this crater appears to have flowed like ice, and contains pits that might result from sublimation of subsurface ice. The surface is entirely dust-covered today. There probably was ice here sometime in the past, but could it persist at some depth?

This crater is at latitude 26 degrees north, and near-surface ice at this latitude (rather than further toward one of the poles) could be a valuable resource for future human exploration. A future orbiter with a special kind of radar instrument could answer the question of whether or not there is shallow ice at low latitudes on Mars. 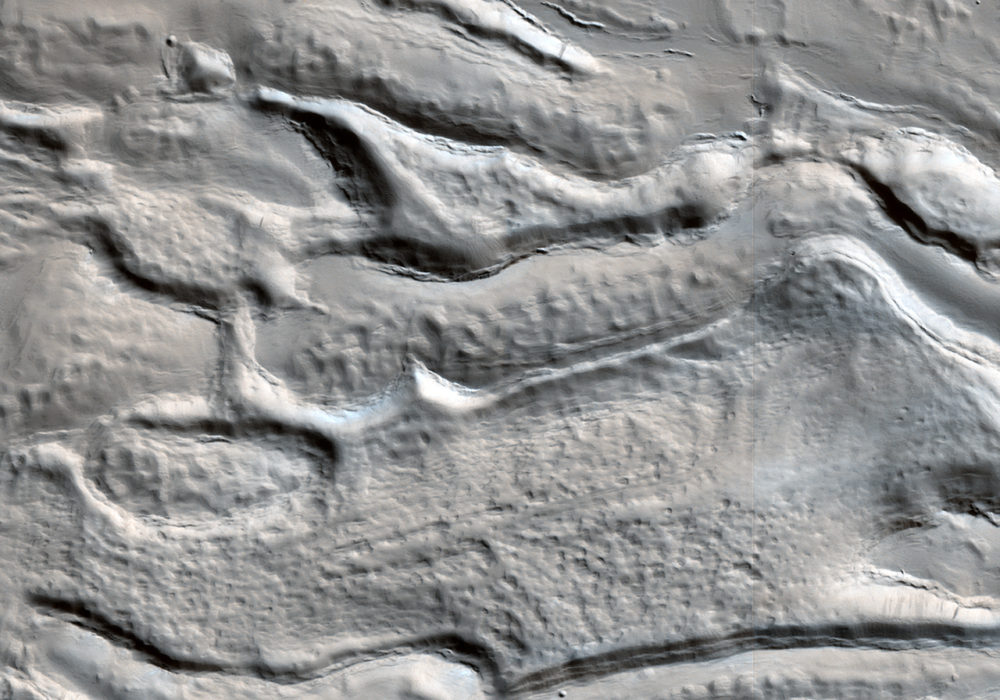