This image in a section of Dao Valles contains a multitude of landforms that may result from the actions of ice. Aligned ridges on the valley floors are evidence of glacier-like flow of this material as it gets diverted around obstacles such as the valley walls and local mesas and knobs.

In some areas where the flow appears to have traveled over an obstacle instead of around, a series of fractures occur, analogous to crevasses that form in glaciers on Earth when ice flows over obstacles. The surface we see is covered with rocky debris and soil that may be protecting ice from sublimation (evaporation from ice to vapor).

Throughout the region the surface has been mantled by a smooth deposit that appears to have been eroded in a few locations. This sort of mantle is common at Martian high latitudes and is thought to be a mixture of dust and ice, either ice-cemented soil or very dirty snow. The eroded areas could be due to ice loss trough sublimation, leaving the remaining surface to collapse or be eroded by the wind.

Many gullies are observed that appear to be carved into the valley walls by liquid water. Incised channels in places cut deeply into the surface and fans of debris with crisscrossing small channels indicate where the flow of water slowed and deposited material eroded from upstream. The source of water is as yet unknown. One theory has been proposed involving melting of surface ice or ice-rich soil in the cold Martian climate. Another theory suggests that an aquifer a few hundred meters (yards) below ground is feeding the gullies.Written by: Mike Mellon   (8 January 2008) 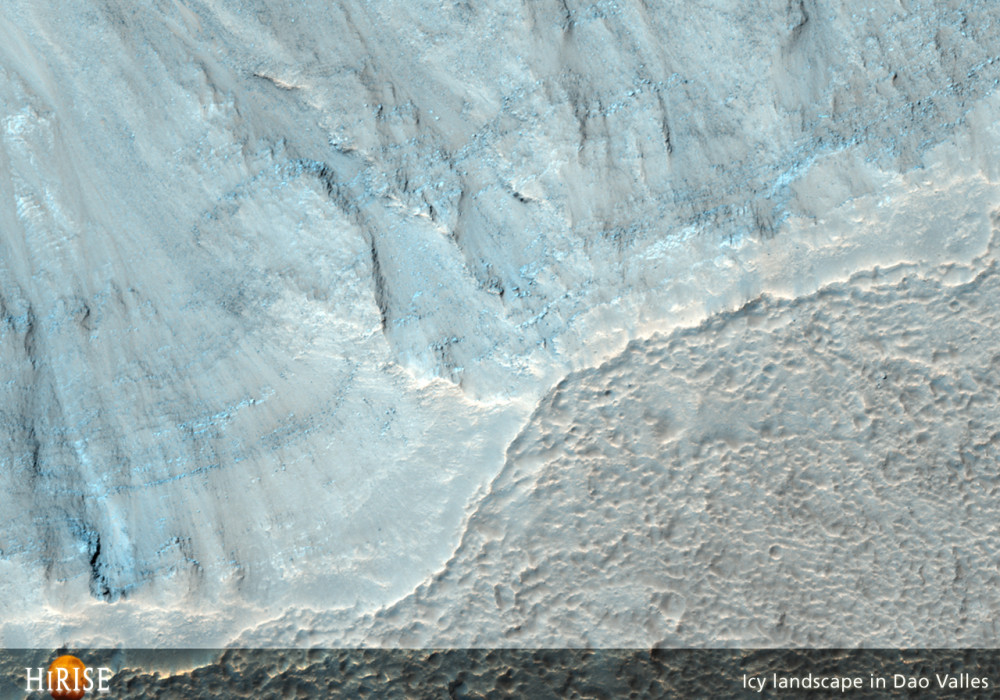