This image shows sand dunes that are mostly covered by seasonal frost/ice in the northern spring. When the springtime sun shines on the ice, some of it penetrates to the base of the ice and warms the dark sand dune surface below. The warm sand evaporates the carbon dioxide ice from below, building gas pressure that apparently breaks the ice and carries sand to the surface as the pressure is released. The sand then cascades down the surface of the ice, forming the streaks seen in this image. 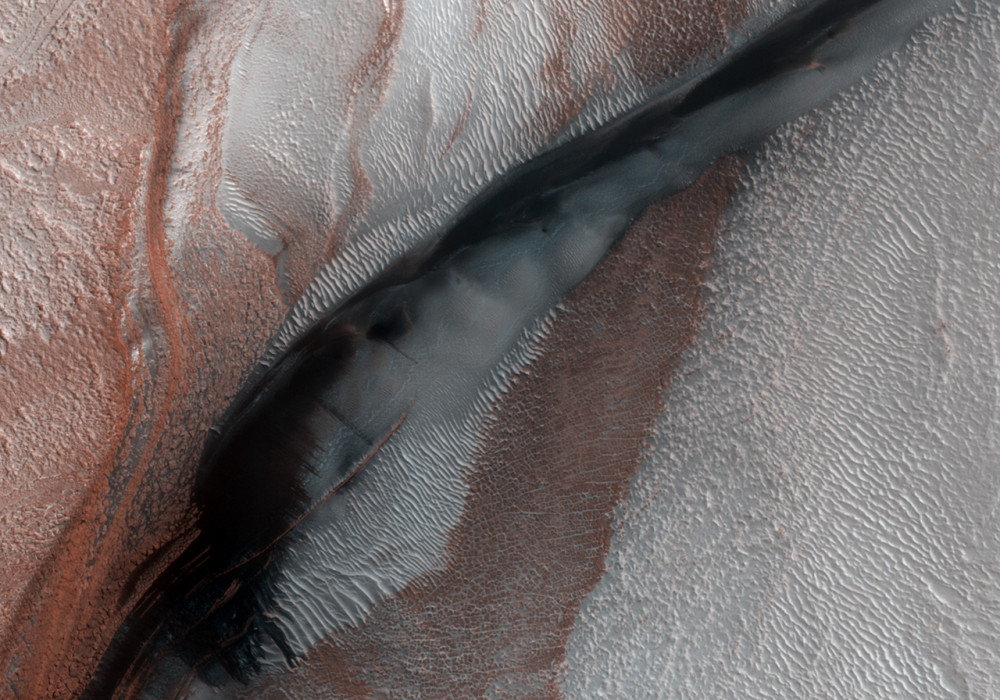