Although the season is late spring, carbon dioxide ice still covers much of the surface at this high latitude site. It is still a chilly -128 degrees Celsius.

The dark fans in this image are made up of small particles from the surface deposited on top of the seasonal layer of ice. The fans originate at a crack, a weak spot that allows the gas to escape. The material is deposited in a direction determined by the direction of the wind as the gas was escaping. 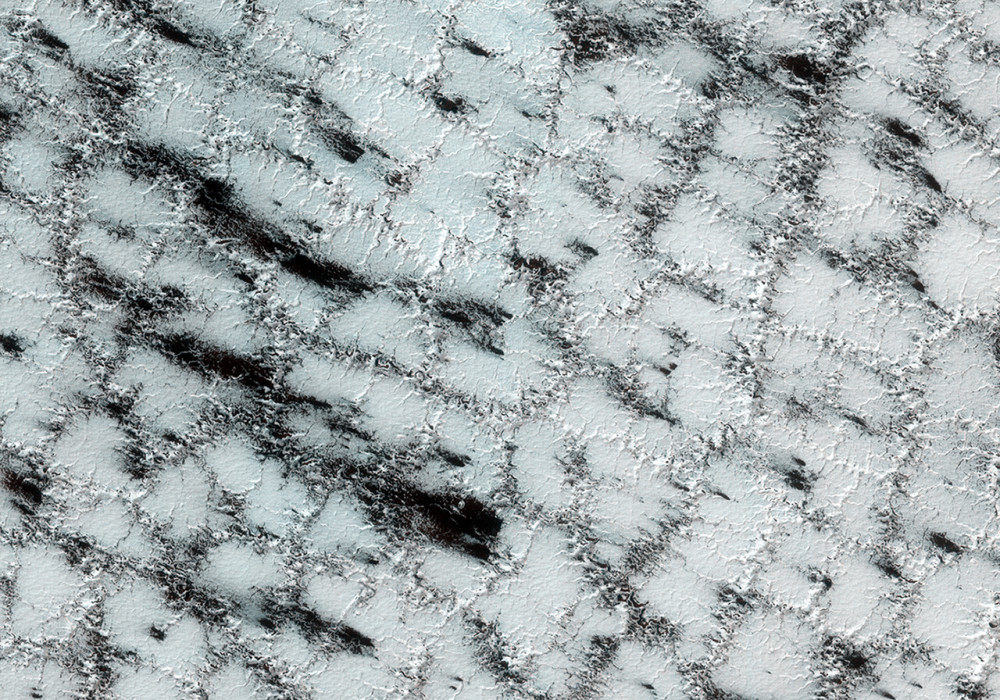