This image of an impact crater in Terra Cimmeria was acquired when the sun was just 11 degrees above the horizon, so a long shadow extends over most of the crater interior.

However, there is still diffuse illumination from the sky and HiRISE has the ability to acquire sufficient signal over faint targets to make useful images. The subimage shows an area entirely in shadow , but with pixel values “stretched” to show the detail.

The crater interior shows a pattern of ridges and mounds suggestive of icy flow, which is common at this latitude on Mars. 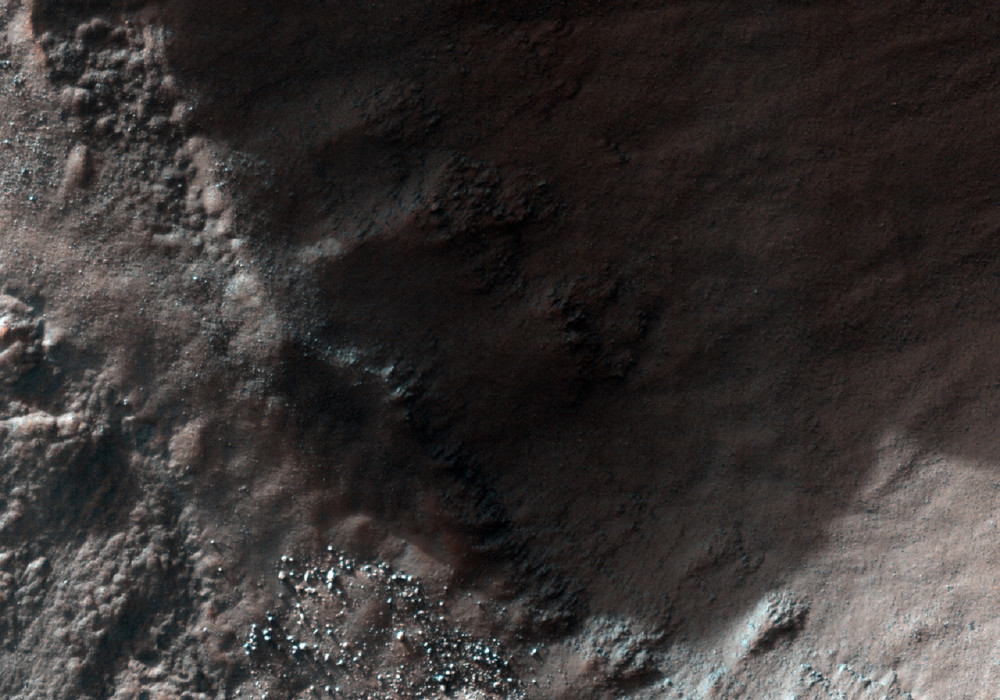