The parial circular or ringed structure in the middle of this scene is an impact crater, approximately 3.25 kilometers (approx. 2 miles) in diameter.

Since its formation, the crater has had its southern half cut away by the formation of the gorge, called Ganges Chasma. The resulting exposure of rocks along the rim of the cliff allows planetary geologists to study a cut-away, side-view of layered rocks. This view is particularly interesting here because the rock layers of the upper plains are visible in their original form outside of the crater, and in modified form within/beneath the crater, along with structures imparted by the impact. 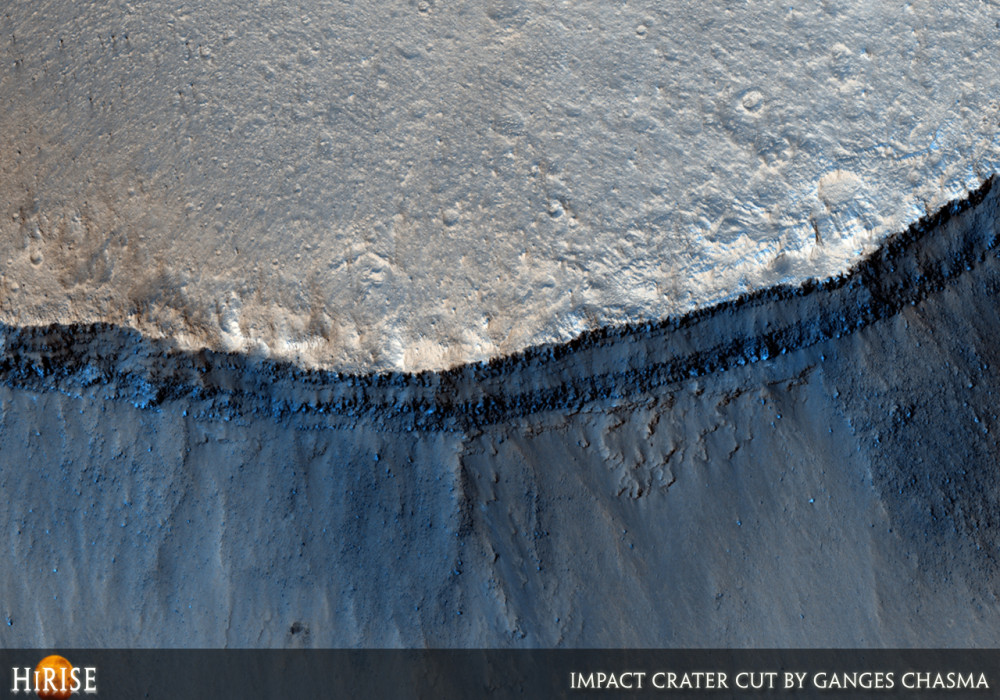