In the Transition Zone

Nestled between mesas, this image shows the valley floor where eroded rocky and/or soil debris appears to have flowed viscously from the msea walls across the valley to merge. A leading theory is that ice and snow became entrained with the soil debris as it shed from the mesa. This combined ice-rich debris then flowed slowly downhill. “Rock glaciers” on Earth are an analogous landform that flow viscously like a glacier, lubricated by ice trapped in the pore spaces.

Erosion and the formation of small scarps reveal a multitude of layers within the subsurface. Such structure is unusual for a single glacial flow and may indicate episodic glacial advance and retreat. Additionally, the sparse population of rocks on the surface and along the eroded scarps suggest that the debris eroding from the mesas consists largely of soil. 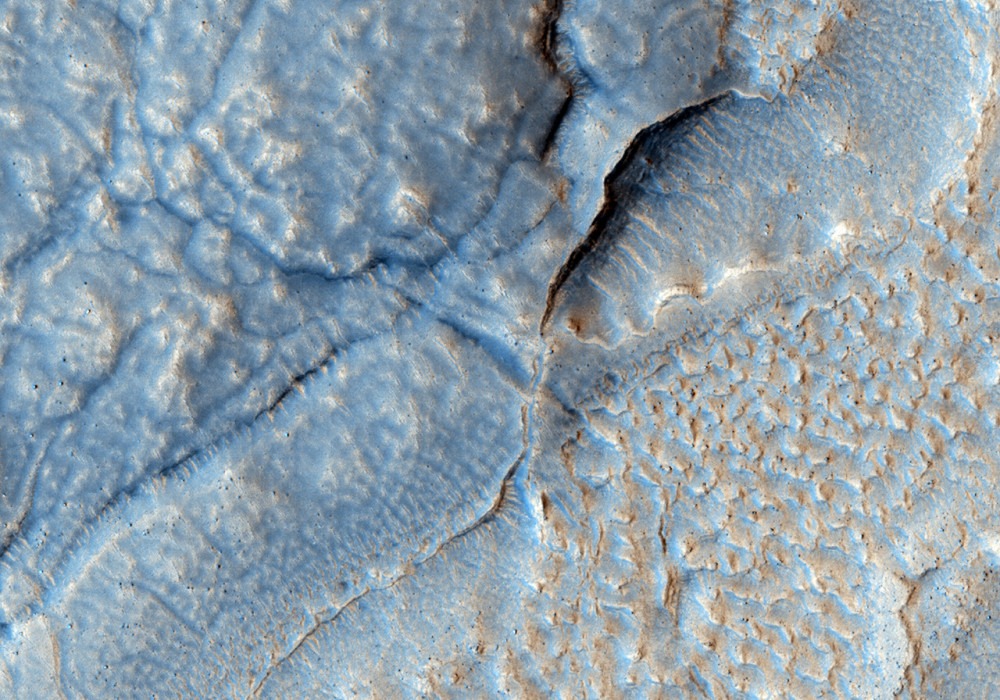