Indicators of Recent Winds on Mars

Windblown sand can be used to tell us the wind direction on Mars. Small-scale features, such as ripples and wind tails, indicate the most recent wind directions.

Wind tails may be the remnants of a formerly widespread mantle of sediment that has been removed. Alternatively, they may have formed when aeolian sediment is deposited in the wind-shadow zone behind obstacles such as the 1.5 meter diameter boulders on the crater rim . Their orientation points in the downwind direction. In the figure, two wind tails extend from some boulders indicating winds from at least two directions.

Ripples occur on the surface of all dunes imaged at HiRISE resolution on Mars. The alignment of ripples often results from the influence of more than one wind direction. In this figure , the ripples are superimposed on a low dome dune. On Earth, ripples on the surface of sand dunes may re-orientate in a matter of hours. The time required to re-orientate ripples on Mars is unknown.
Written by: Mary Bourke/Cathy Weitz   (6 July 2008) 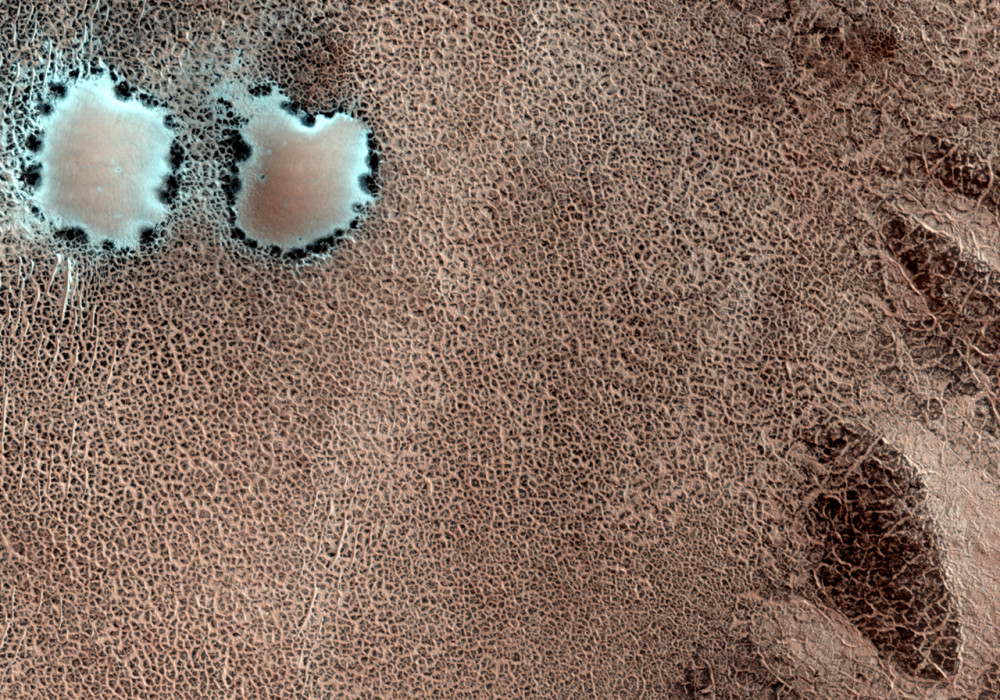