This image shows a set of intersecting faults in northern Utopia Planitia that expose materials buried beneath the surface. The area between each pair of faults has dropped below the surrounding surface, indicating that the crust fractured as it was pulled apart. Different generations of faults are visible by the cross-cutting relationships between the intersecting faults, and may indicate changes over time in the direction of the stress that caused the extension.

Several of the faults in this image expose a shallow, horizontal layer made up of dark rocks and boulders that is possibly volcanic in origin. A dark stain ( blue in this enhanced color image ) surrounds the layer, made up of fine grained materials such as sand or dust.

Elsewhere in the image, faint dark streaks issue from the layer as this fine material is removed by the wind. Erosion of layers such as this presents a possible source of basaltic sand that may supply dunes and ergs far away.Written by: Paul Geissler   (26 January 2008) 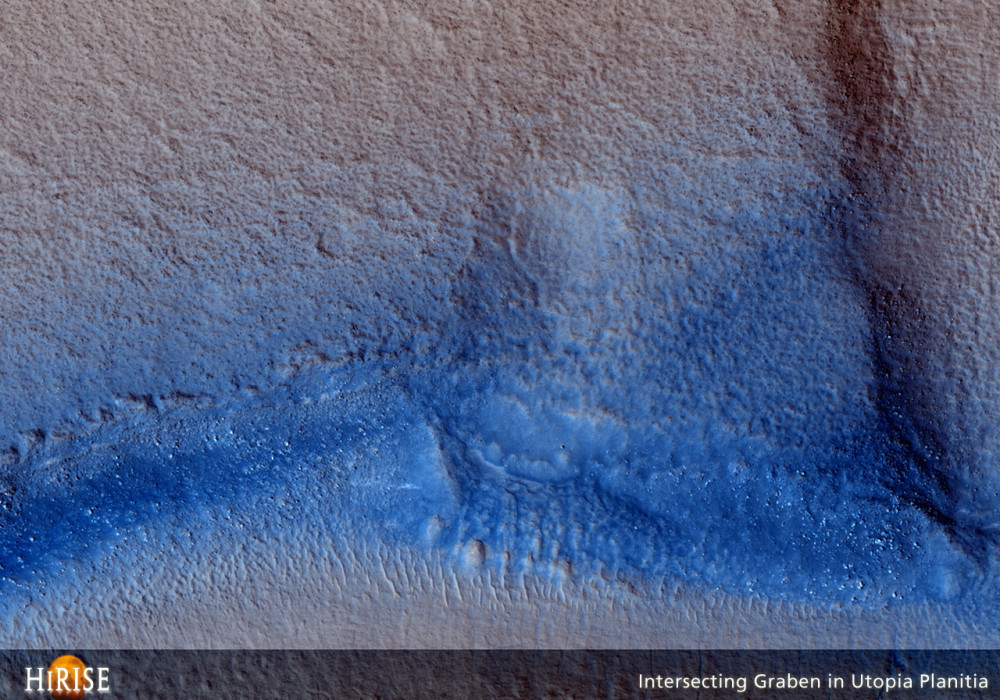