Both ancient and modern deposits within craters in the northern lowlands area of Nilosyrtis are visible in this HiRISE observation. This crater and its neighbors are partially filled with sediments that display unusual morphologies, having patterned interiors and radial filaments.

The crater centers are occupied by heavily eroded mounds of material that probably once buried the craters in this region. Horizontal layering is visible in similar mounds elsewhere in this image, and close inspection shows that these mounds are covered by rocks, presumably ejecta from distant impacts.

The accumulation of ejecta on their surfaces indicates that the mounds are not recent deposits of dust or sand, but rather are ancient sediments perhaps deposited in a primordial sea. The radial filaments are much more recent deposits, as shown by the lack of ejecta on their surfaces, and are likely made up of dust and sand that is trapped between the older mounds and the crater walls.Written by: Geissler   (24 January 2008) 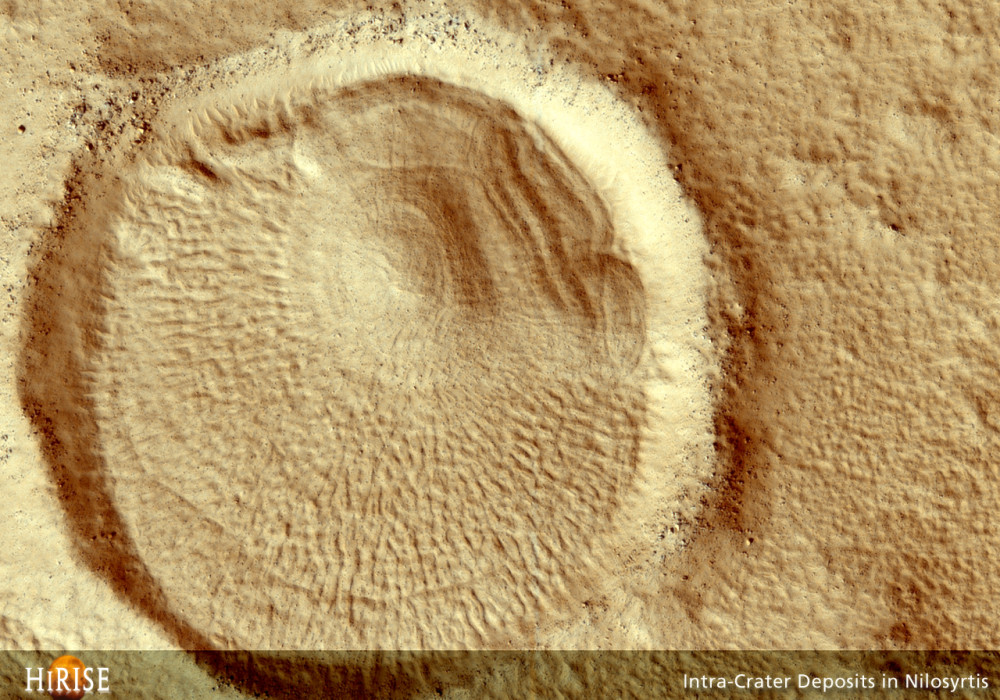