Miyamoto Crater has been studied in great detail as a potential landing site for the Mars Science Laboratory rover. This area of the crater contains a diverse collection of rocks, including clay-like minerals, and other types of minerals called chlorides, sulfates and iron oxides.

The chemical compositions of these rocks suggest that they formed as sediment accumulated in ancient rivers and shallow lakes. An example of rocks that formed from river sediment is visible in the northern part of this image. Here, a somewhat wavy ridge of rock is apparent. This ridge is interpreted to be an ancient riverbed.

Similar inverted river channels are being studied on Earth in order to understand more fully how and why they form. Inverted river channels on Earth preserve organic material, including fossils, and therefore similar features on Mars are important sites for investigating the planet’s past potential for habitability. 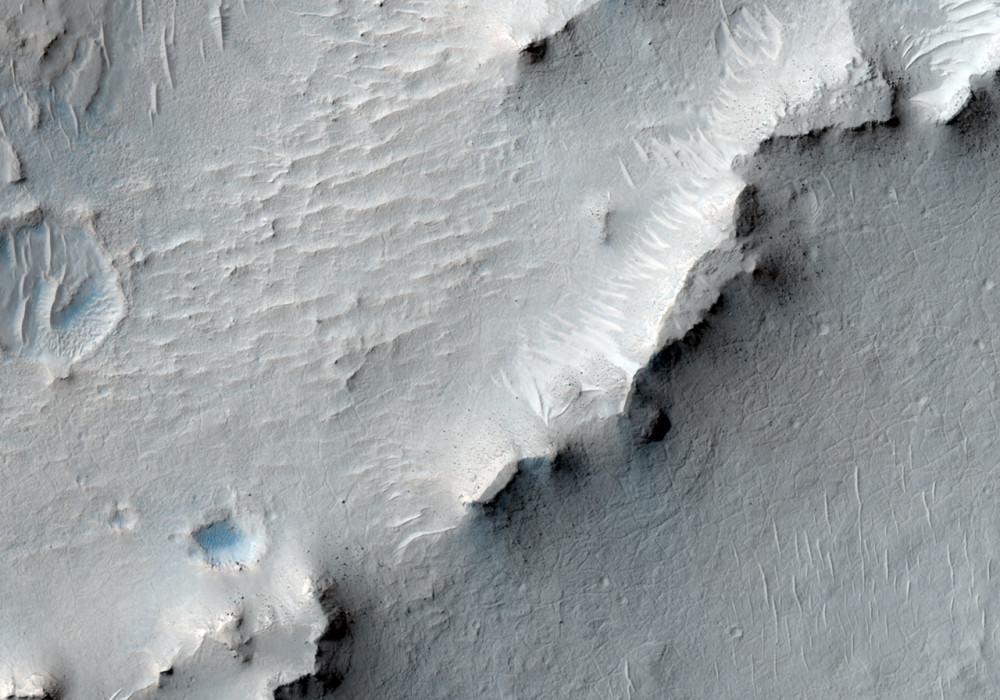