This image shows several long, sinuous features on the plains near Juventae Chasma. These features have been explained as former stream channels now preserved in inverted relief.

Inverted relief occurs when a formerly low-lying area becomes high-standing. For instance, depressions may become filled with lava that is more resistant to erosion. In the case of stream channels, there are several possible reasons why the channel might stand out in inverted relief. The streambed may contain larger rocks, which remain while fine material is blown away by the wind, or it could be cemented by some chemical precipitating from flowing water.

These features are old, since several impact craters cut the ridges. They provide important information about past processes on Mars. Understanding how streams could have formed is an important issue in understanding the history of water on Mars. 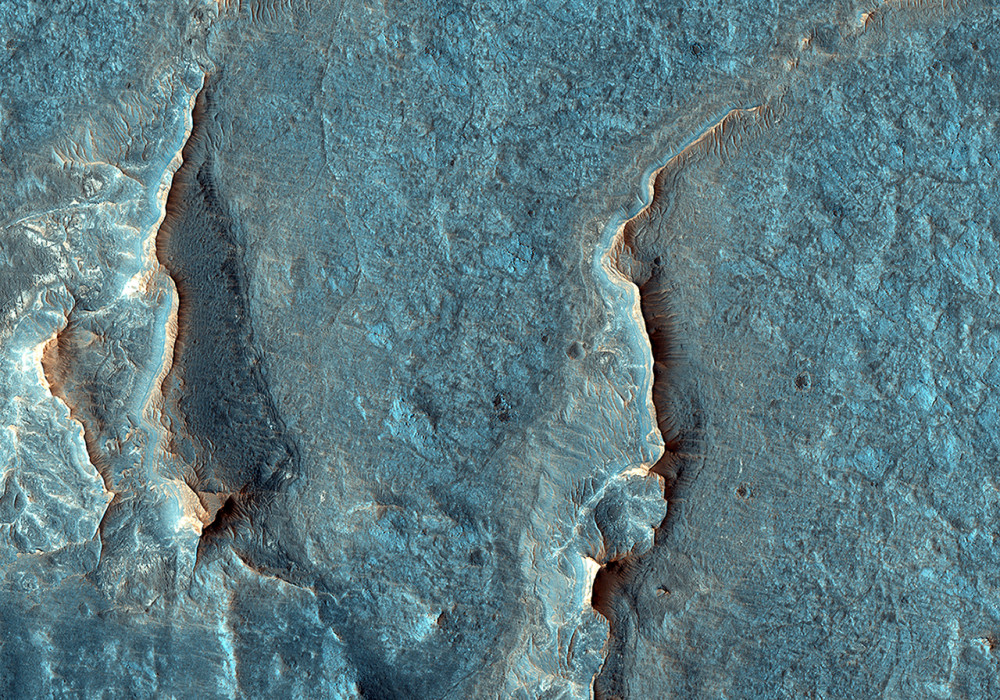