This observation is centered within Antoniadi Crater. This crater, even prior to the MRO mission, was identified as a likely ancient lake (now dry) that was supplied by both surface water and ground water.

The image provides further tantalizing evidence of a water-rich past. Most of the flat parts of the image have a polygonal texture, which commonly forms when mud dries. In the center of the image are branched (dendritic) features that connect southward to a larger trunk-shaped landform; the branches resemble stream channels on Earth. Unlike active channels with water, these features are inverted, or elevated above the surrounding terrain. Again, in analogy with such features seen on our planet, these probably formed when materials deposited by the streams, such as coarse gravel, or chemical cementation after removal of the water, caused the channel bottoms to become resistant. Over time, natural erosion from wind and other processes left the inverted channels elevated above the surrounding terrain.

The branched features are probably remnants of small tributary streams that fed the larger trunk-shaped stream. It appears that the inverted streams lie on top of, and are therefore younger, than the polygons. This area may have first had a lake that later dried to form the polygons, followed by episodes of stream flow and erosion. 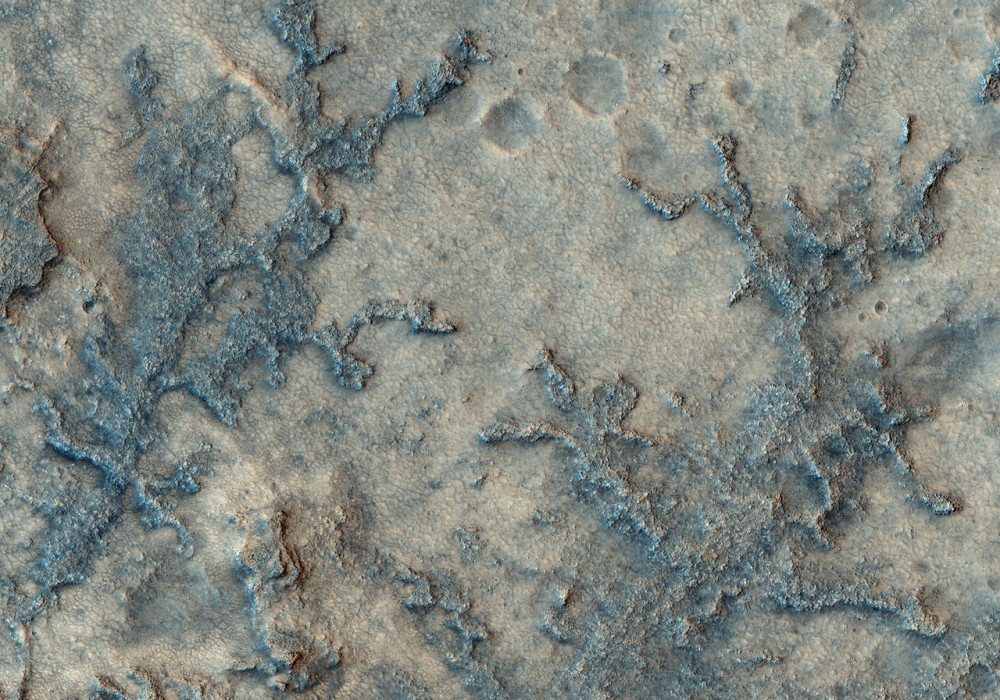