The lower part of this image shows well-defined overlapping channels, which have inverted topography (i.e., they were once low spots that have been filled in with sediments and now eroded in a such a way that they appear as topographically high regions).

The channels have a winding and intersecting geometry indicating the shifting of the channels over time, a feature consistent with the flow of water in rivers. The channels have small craters that have excavated the channel materials and ejected them to form well-defined rays. There are dark slope streaks (toward the top of the image) showing transport of fine dust down the slope of an eroded bedrock terrain.Written by: John Grotzinger   (28 March 2008) 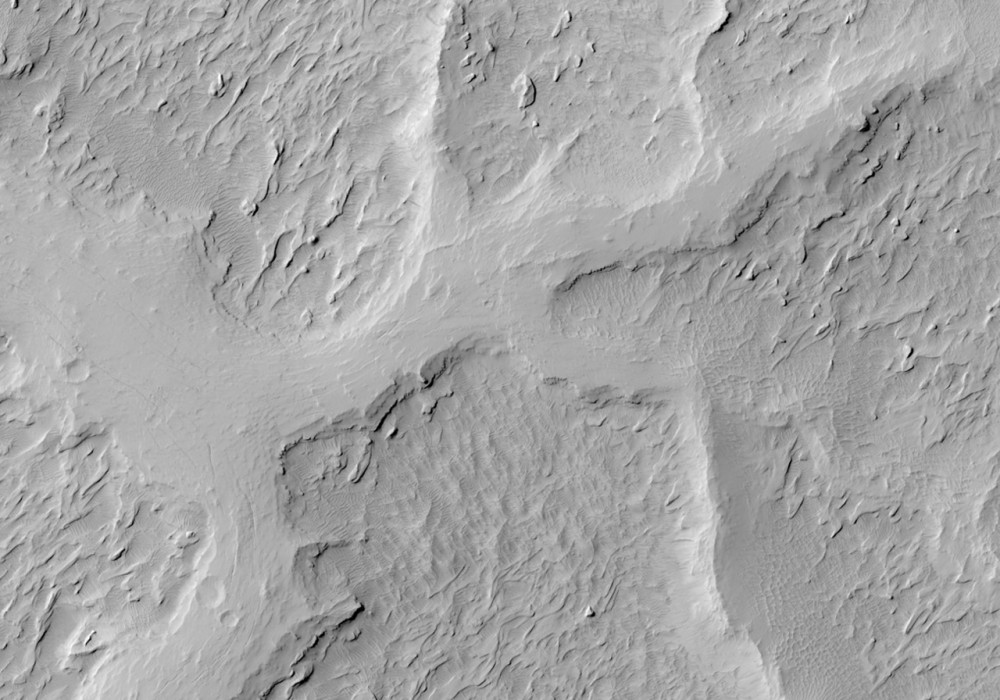