This image contains interesting examples of crosscutting, sinuous and straight ridges . The ridge in the lower left of the image (orange) has gradual bends and well-defined positive relief, while the ridge in the upper right (blue) exhibits a degree of high sinuosity. Both ridges may be ancient river deposits.

In the southern part of the image, there are also possible cut bank and point bar deposition scars (green), but these do not possess visible positive relief. Although lacking relief, the sinuosity of these scars implies an ancient, mature, and low-gradient meandering river. The upper right ridge exhibits a sinuous geometry with positive relief reminiscent of a mature meandering river. Cementation of by underground fluids may have given the river deposits a higher resistance to erosion compared to the surrounding flood plain. Subsequent weathering removed the deposits in the flood plain, leaving behind the river channel positive relief.

Offsets of the lower left ridge along possible fault scarps (red) suggest that the area was cut by faults either during or after deposition of the river deposits. There also appears to be a less pronounced fault at the terminus of the upper right ridge. 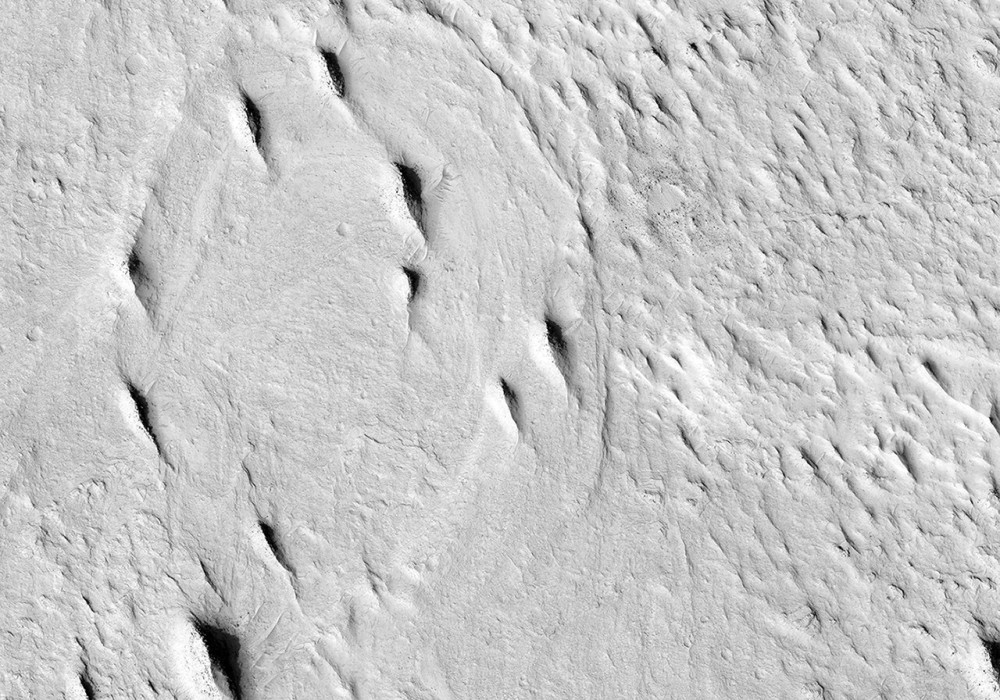