Inverted Ridges in the Eridania Basin

This closeup of a HiRISE image covers a region in the Eridania Basin that shows interesting inverted ridges ( white arrows ).

The ridges display a dendritic, or branched, pattern and may have once been connected to a larger channel (black arrows) . One possible way these ridges formed is when smaller valleys filled in with sediments. These sediments became cemented and lithified which made them stronger than their surroundings.

Over time, erosion removed the surrounding terrain but the lithified sediments in the valleys are stronger so they have remained and now appear higher (or inverted) than their surroundings. 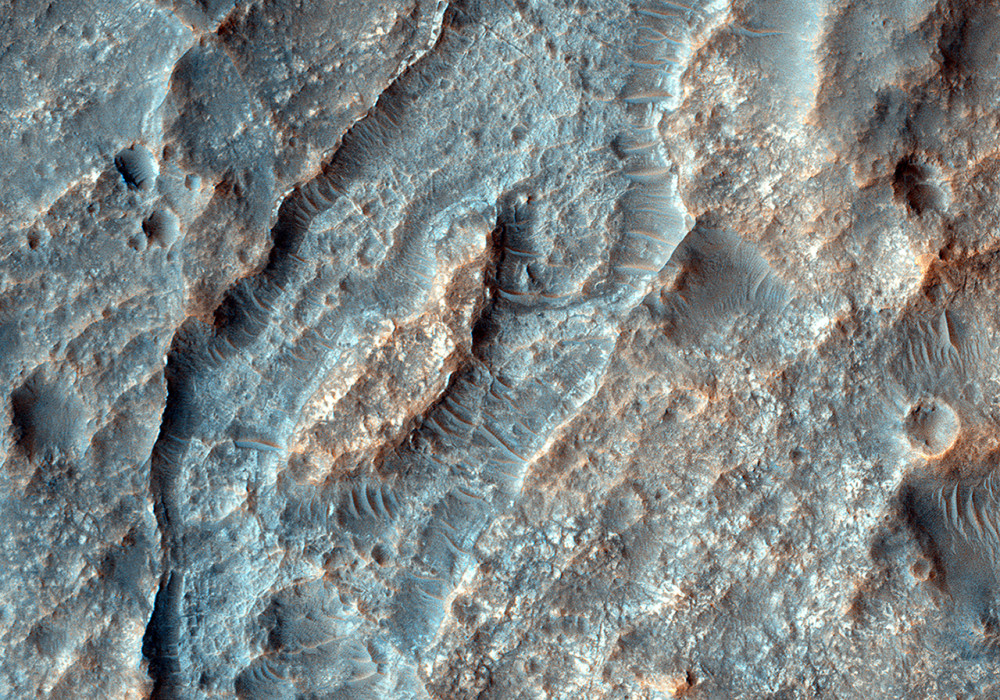