Gale Crater is a large, approximately 152 kilometer-diameter impact crater that lies near the Martian equator. Contained within the crater is a massive central mound of layered material. With an average vertical thickness of almost 4 km (2.4 miles), the Gale Crater layered deposits are twice as thick as the layers exposed along the Grand Canyon on Earth.

Shown here is a portion of the mound with an inverted fluvial or river channel. Topographic inversion occurs when sediments are cemented together, forming a harder layer that is resistant to later erosion. This later erosion has preferentially removed material outside the channel, leaving the former riverbed exposed as a ridge—a topographic high. This inverted channel was originally detected by scientists using Mars Orbiter Camera (MOC) images onboard the Mars Global Surveyor spacecraft.

Color variations visible in this image are mostly due to variable amounts of loose dark sediment that has accumulated unevenly across the scene. 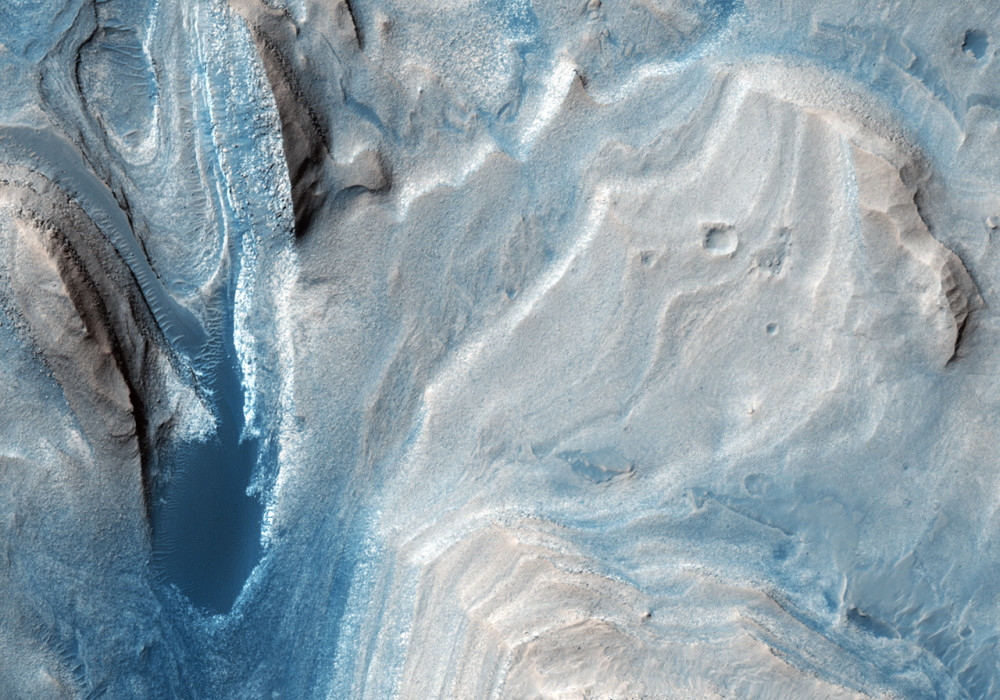