Inverted Streams in the Aeolis Region

The sinuous ridges in this image display strong characteristics of ancient meandering riverbeds that are preserved as inverted topography (blue) . The ancient river sediments that make up the ridges might have allowed fluids to produce cements (e.g., calcite or iron oxides) to make the channel lithology resistant to weathering and erosion. Later, physical and/or chemical processes removed the weaker surrounding flood plain material and left inverted river channels, or “positive relief.” On closer inspection, degradation along sections of some inverted channels display large blocks of cemented sediment that were transported downslope by mass wasting.

The sinuous character of the ridges resembles multi-thread river branches, implying that the ancient river flowed down a gentle to nearly horizontal slope (i.e., a moderate to low stream gradient). This ancient river was a mature meandering system, with flow from south to north. Multiple branches that diverted from the main flow later converged back with it. 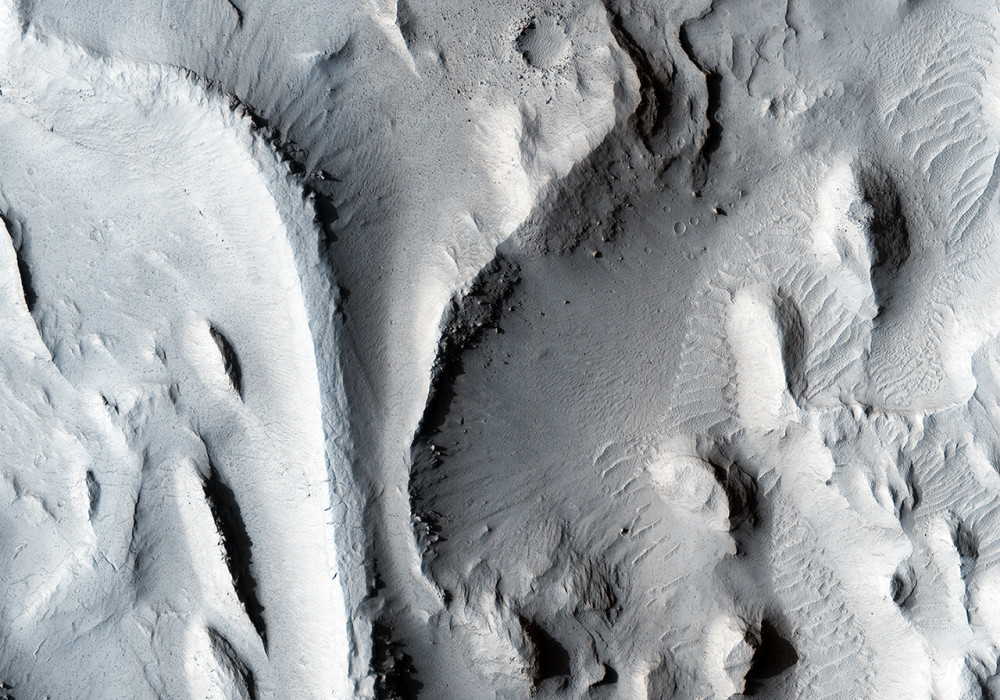