The Eridania Basin is thought to have once contained a large sea. This image shows the Gorgonum Basin, which lies along the eastern edge of Eridania.

Along this eastern boundary, the terrain is being eroded away to expose light-toned altered material, including clays . There are also linear ridges and inverted channels. The channels and ridges are now inverted because they are composed of material that is harder than their surroundings (e.g., cements) so as erosion removes the softer materials, the harder rocks within the channels and ridges remain.

The ridges and channels are interpreted to have formed by water flow, either along the surface (channels) or in the subsurface (ridges), providing clues to the water history of Eridania. 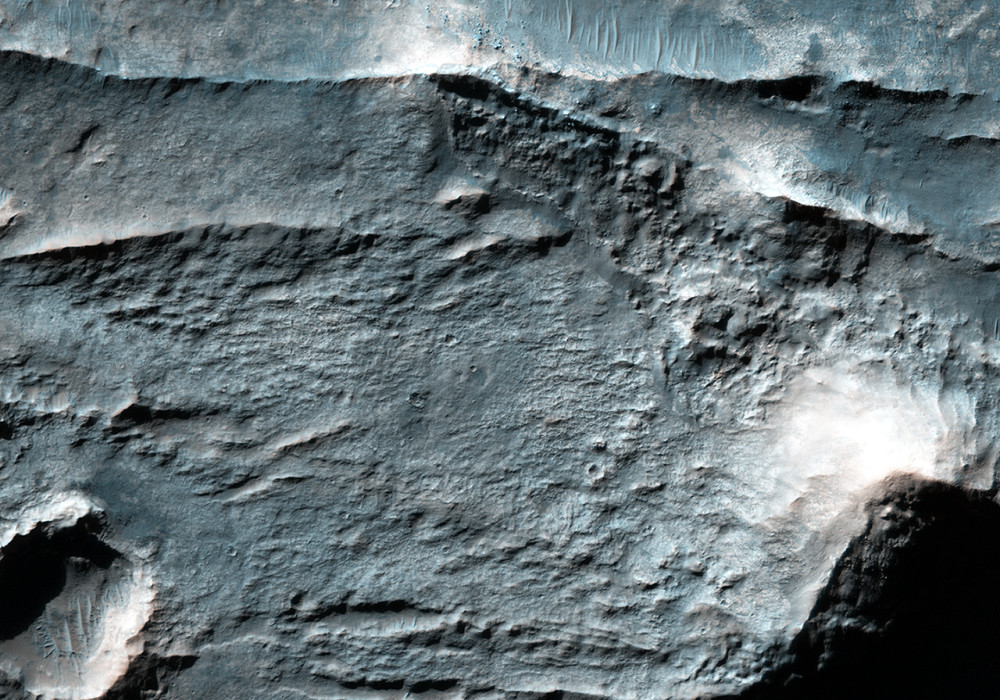