Inverted topography – when a feature that ordinarily would be lower in elevation than the surrounding terrain is instead higher in elevation – forms when low-lying features are filled with erosion-resistant materials (like lava, large rocks or cemented sediments). The softer surrounding material is more easily eroded, which results in the filled-in feature becoming a high spot instead of a dip.

In this image, the inverted relief preserves sinuous branching features, possibly ancient streambeds. And while it isn’t exactly inverted topography, several of the craters in the image also seem to have been subject to a similar process – the erosion-resistant ejecta blankets stand higher than the surrounding terrain, forming an abrupt transition at the edge of the ejecta. 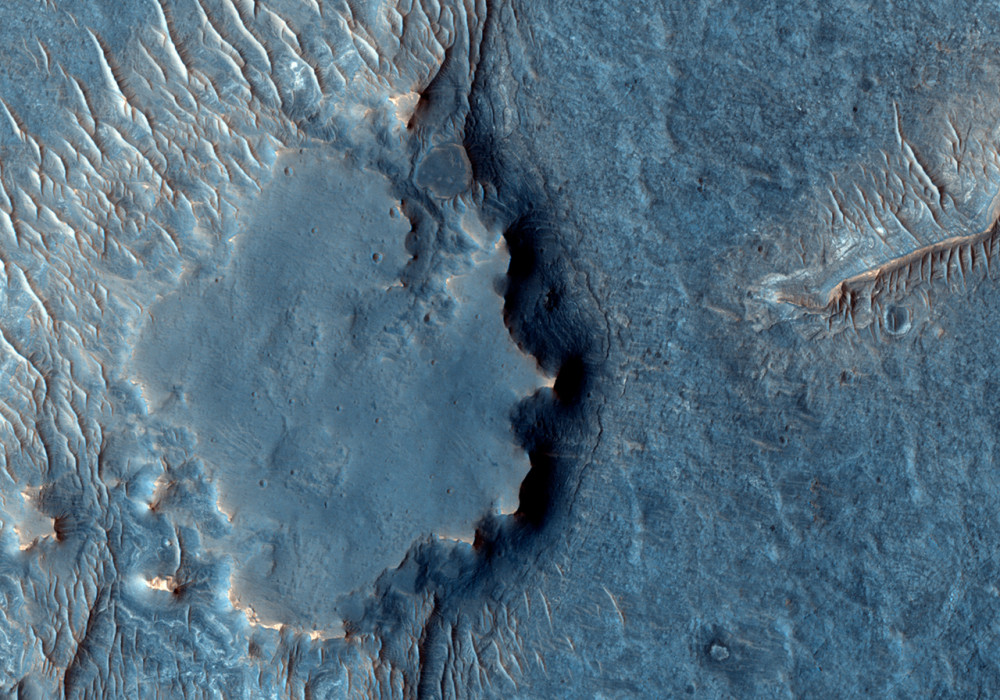