It Shrinks! It Cracks!

Given enough time, impact craters on Mars tend to fill up with different materials. For instance, some craters on Mars had lakes inside them in the past. When these lakes dried out, they left behind traces of their past existence, such as sedimentary deposits (materials that were carried along with the running water into the lake inside the crater and then settled down). Some craters, especially in high latitudes, contain ice deposits that filled the crater when an earlier ice age allowed ice to extend into the crater’s latitude.

Here, we have a crater that lies close to Elysium, a major volcanic system on Mars. The whole region surrounding the crater was at some point covered by lava from the volcano creating vast lava plains, and in the process, flooding impact craters in their way.

When the lava eventually cooled down, it solidified and began to shrink in size. This shrinking led to formation of cracks on the surface of the lava that grew in a circular pattern matching the shape of the crater it was filling.

Scientists can study these fractures and estimate how much it shrank in volume to better understand the properties of the lava (such as its temperature) during the time it filled the crater. 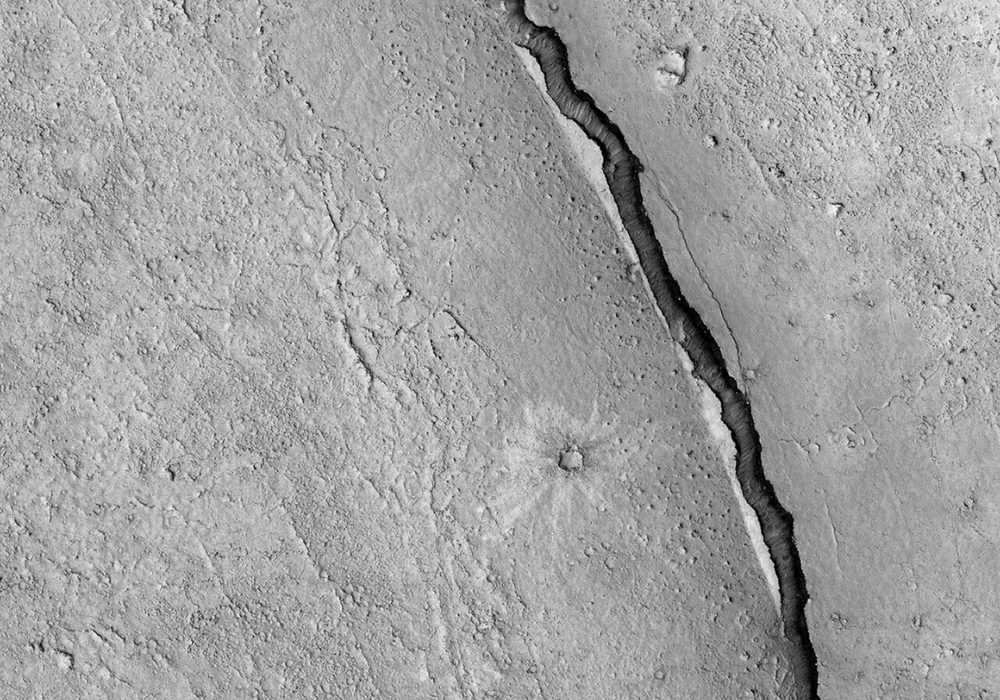