Joint Observation of the Isidis Basin with the Rosetta Mission

This image of the floor of the Isidis Basin was taken in coordination with the Mars flyby of the European Rosetta mission.

Comparing this image with those taken by the OSIRIS camera onboard Rosetta should help calibrate HiRISE. Since OSIRIS was only able to take low resolution images of Mars, this image was targeted at a broad, bland, expanse of uniform appearance.

However, it is just east of the landing ellipse for the failed European Beagle 2 lander and may help with the search for debris from that mission. This is an example of the international cooperation of HiRISE and the MRO missions. 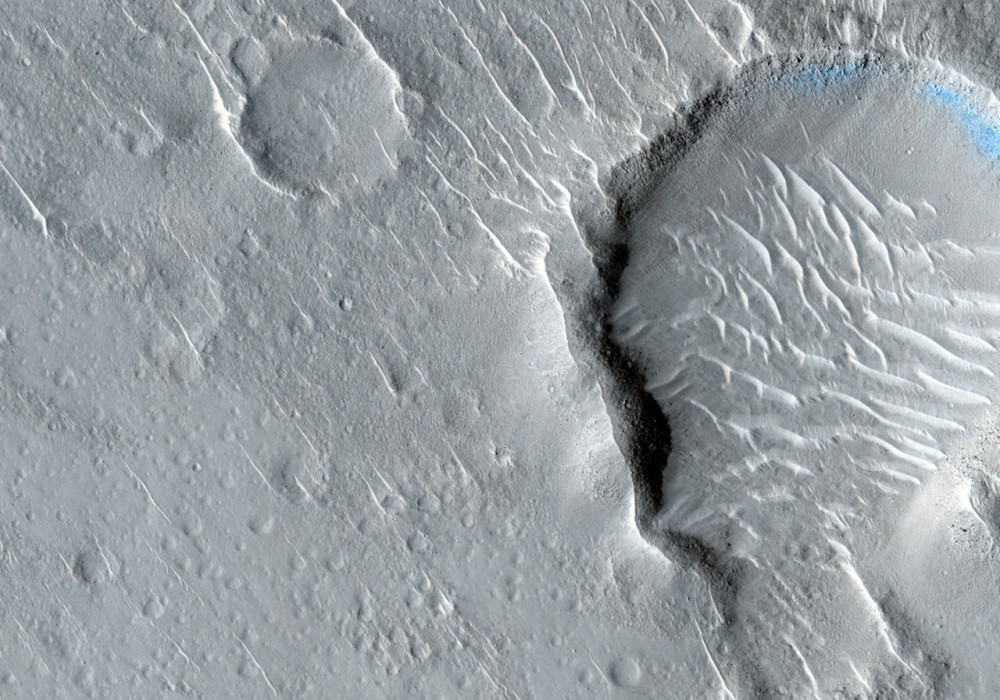