This HiRISE image shows terrain west of the Martian volcano Arsia Mons, the southernmost of the three aligned giant volcanoes known as the Tharsis Montes. The summit of Arsia Mons rises almost 18 kilometers (11 miles) above Mars datum, about twice as high as Mt. Everest on the Earth.

This unusual terrain consists of irregular, raised knobs, many of which are linear. The origin of this texture is unclear; it has been proposed that these deposits are extensive landslide deposits or volatile-rich glacier-like deposits that have moved downslope from the volcano’s upper flanks. In either case, the knobby texture gives the impression of a jumbled surface.

Covering the entire scene is a mantle of sedimentary material, most likely wind-blown dust. Subtle bright and dark wind streaks are visible, indicating that the dominant wind direction is right-to-left (west to east; north is up in the image). At full resolution, small slope streaks are evident around the edges of many of the high-relief knobs. These streaks may be avalanche scars where bright dust has been removed, exposing a darker subsurface layer. Fine ripples, which are linear ridges of sediment shaped by the wind, are also evident on most knobs when viewed at full resolution. 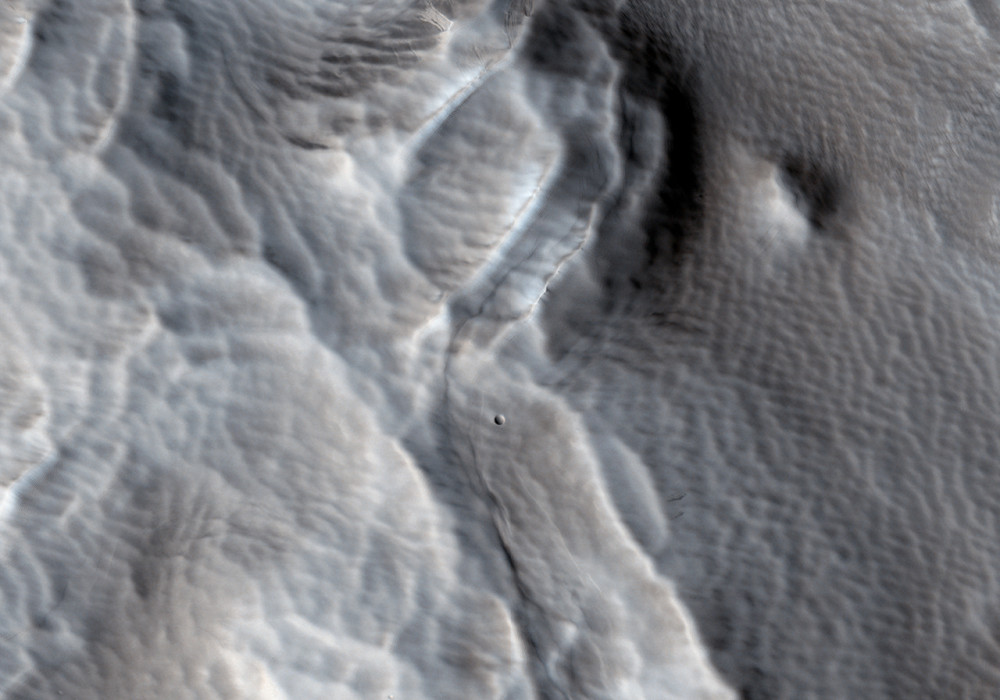