This HiRISE image shows a mixture of bright and dark units. The bright units have a mineral called sulfate (salty sulfuric acid) that on Earth typically forms in the presence of water as an evaporite.

The brighter sulfates appear jumbled and folded, sometimes with sharp edges, inside a darker matrix of material. Either the sulfates were deposited this way, such as from a landslide that mixed and messed them up inside the darker material, or the sulfate was disrupted after it was deposited, perhaps from tectonic activity that broke it apart and folded it. 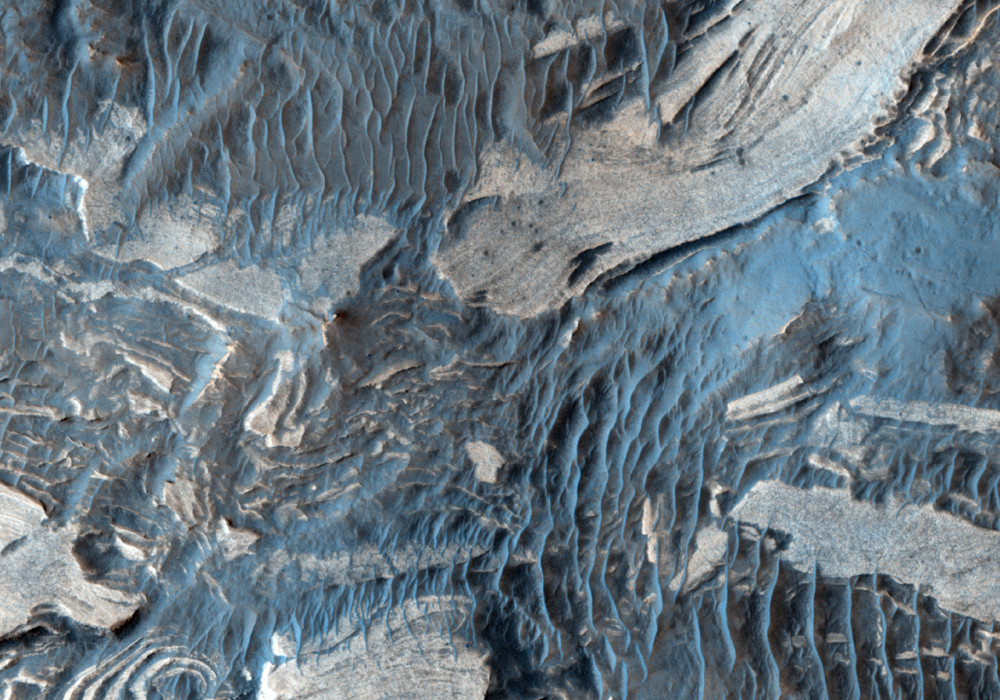