This observation shows a sand dune field in Kaiser Crater, a 210 kilometer (130 mile) wide impact basin in the Hellespontus region of Mars.

Winds have trapped massive quantities of sand on the floors of broad craters in this region. The steepest slopes on each dune, the slip faces, point to the East indicating that the dominant wind direction in this part of the dune field is from West to East. Patches of seasonal frost can be seen in the low areas between the dunes.

The subimage reveals smaller secondary dunes superimposed on the surface of the large dunes and even smaller ripples that appear between and perpendicular to the secondary dunes. Avalanching or mass movement of sand has left deep scars on the slip face of the large dune in the upper left portion of the subimage. This may indicate that the sand is not loose but is weakly cemented. 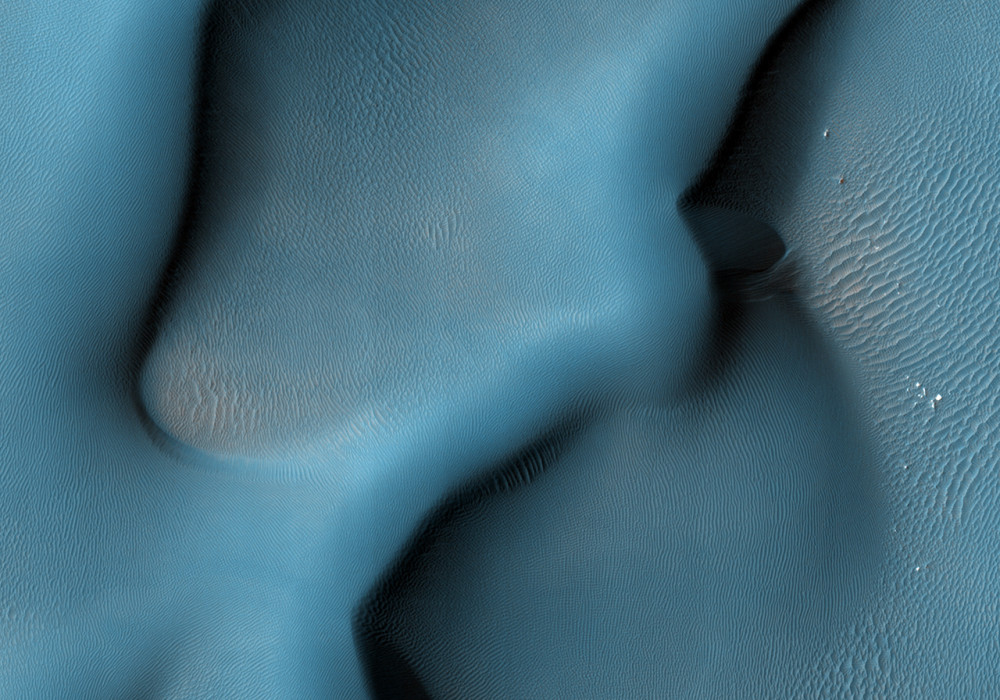