Kasei Valles is a valley system was likely carved by some combination of flowing water and lava. In some areas , erosion formed cliffs along the flow path resulting in water or lava falls. The flowing liquid is gone but the channels and ”dry falls” remain.

Since its formation, Kasei Valles has suffered impacts—resulting in craters—and has been mantled in dust, sand, and fine gravel as evidenced by the rippled textures. 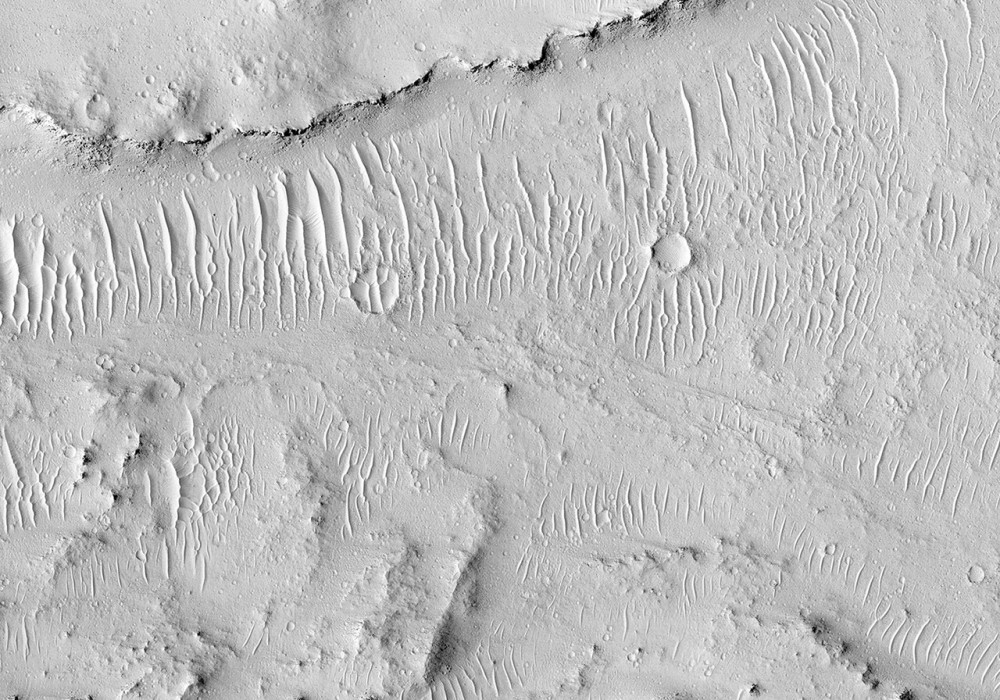