This image was suggested by Kathleen Hartrum’s middle school science club at Conestoga Middle School in Beaverton, Oregon. They thought that this region looked like a fork in the river, separated by an island.

The platy surface within the channels has been attributed to either later lava or mud flows along the surface. The island itself is quite dusty and covered in small craters, so the island may be quite old. Along the edge of the island, however, you can see individual layers of rock . These layers represent individual rock units that may be volcanic or sedimentary in origin. 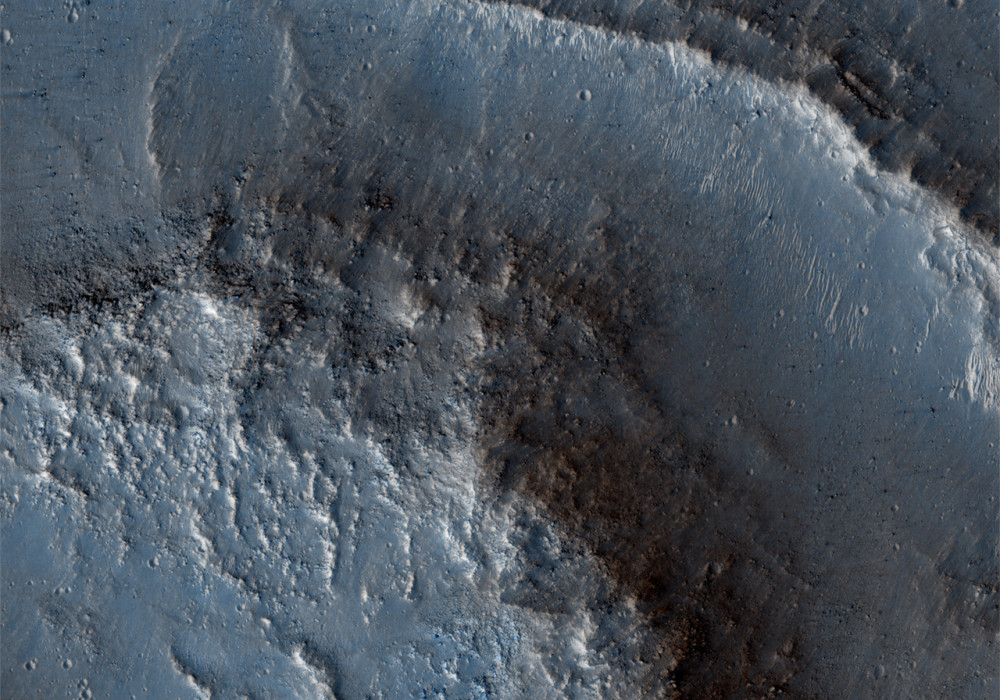