Knobs and Mounds on the Northern Plains

This HiRISE image shows surface features on the northern plains of Mars.

Light-toned mounds occur across the image. The northern part of the image is dominated by small knobs or patches, while there are features hundreds of meters across to the south. The larger features frequently have one or more craters and an irregular shape; it has been proposed that these features are mud volcanoes, which erupt mud instead of lava. On Earth, mud volcanoes usually form in conditions of tectonic pressurization or rapid burial of sediments.

At high resolution, the knobs show some fine lineations which may be wind-blown material, but are otherwise very smooth. In between the mounds the surface is rough and rich in boulders. The few boulders on the mounds were likely ejected from nearby impact craters. Information like this from HiRISE images provides useful constraints on the formation and material of these knobs and cones. 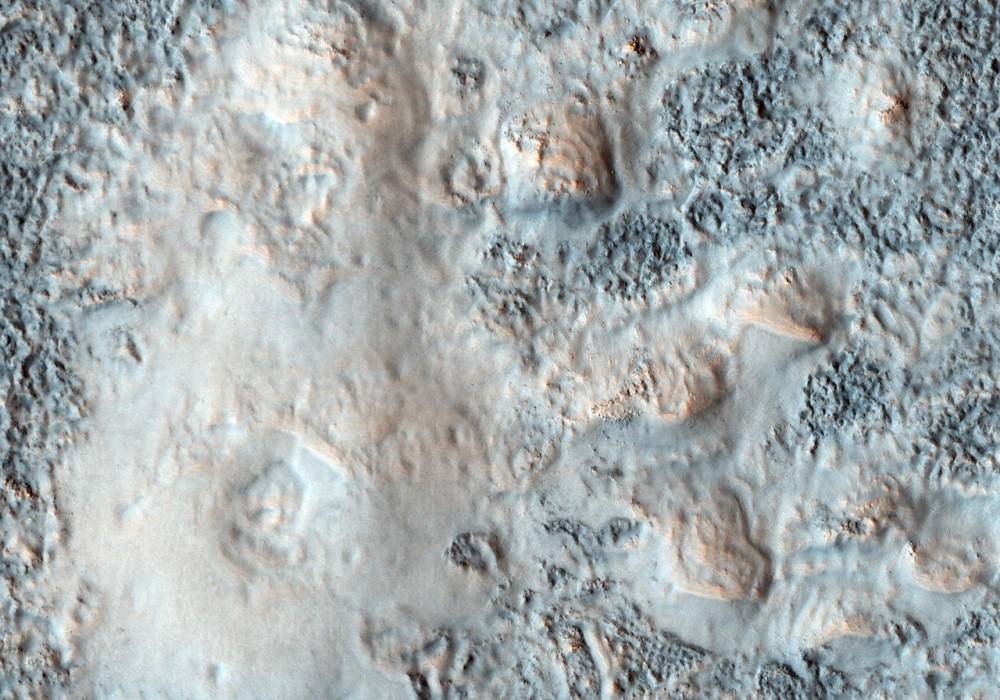