This observation shows a knob and large crater near Reull Vallis, east of the Hellas Basin. The crater’s ejecta blanket abuts the base of the knob. The crater floor and ejecta are blanketed with an ice-rich mantle that is common throughout the Martian mid-latitudes.

The mantle deposits are pitted and grooved perhaps due to the sublimation of ice. This mantle is thought to have been deposited as snow around 10 million years ago during a period of high obliquity, when the planet’s axis was more tilted and environmental conditions could have been more conducive to snowfall in these regions.

Several small impact craters are visible on the ejecta blanket that appear to have been filled with mantling deposits that have since been partially removed. These craters give us clues to the erosional history of the deposit. Note the fresh looking impact crater at the top of the knob. This crater does not appear to contain mantling deposits and may be much younger.

This region contains many mesas surrounded by lobate debris aprons that are thought to be ice-rich. These aprons have been interpreted as a variety of possible features including rock glaciers, ice-rich mass movements, or debris-covered glacial flows. Reull Vallis itself is filled with what is referred to as “fretted terrain,” which is also thought to be ice-rich material. 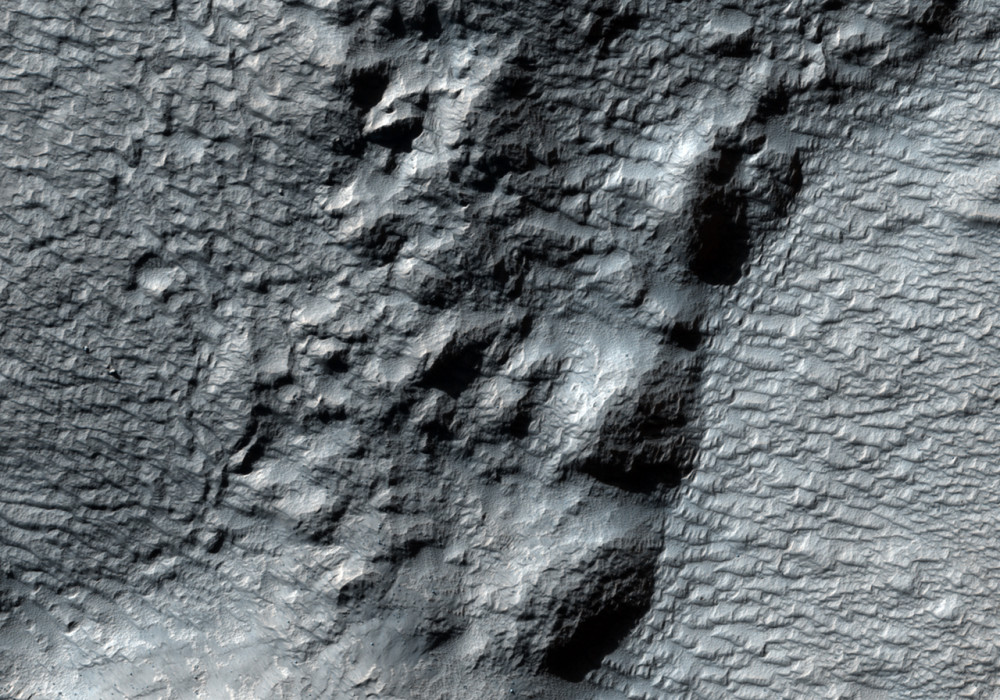