This HiRISE image is located on the carbon-dioxide rich residual south polar ice cap near 86 degrees South, 353 degrees East. These rounded landforms evolve relatively quickly and erode into the surface of the ice cap (approximately 4-5 meters or 15 feet per year).

Their interesting shapes make for a striking appearance on the surface. 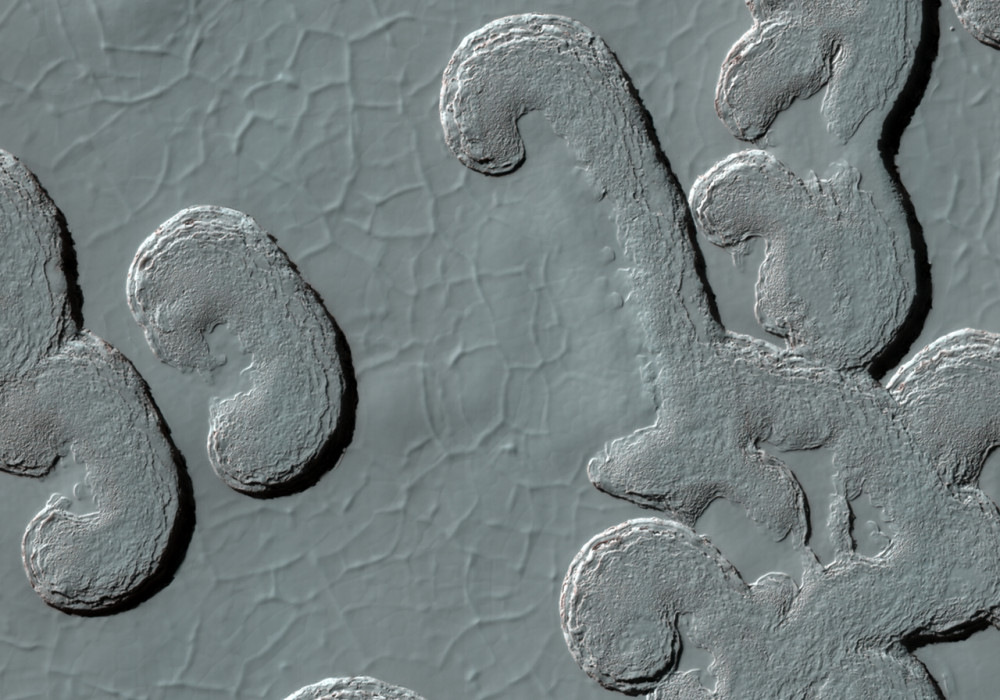