Landslides in an Impact Crater

The many large landslides inside Valles Marineris are well known, but there are also landslides elsewhere on Mars.

The southwest slope of this crater has at least three landslide lobes. What caused the landslides? They might have formed in the final stage of crater formation, but there are fewer subsequent craters on the lobes than elsewhere on the crater floor, so the landsliding occurred long after the crater’s creation.

Perhaps the landslides were triggered by Marsquakes, either due to impact events or to faulting in the crust. Landslides are greatly facilitated by the presence of groundwater, which could have been present at the time these landslides happened, many millions of years ago. 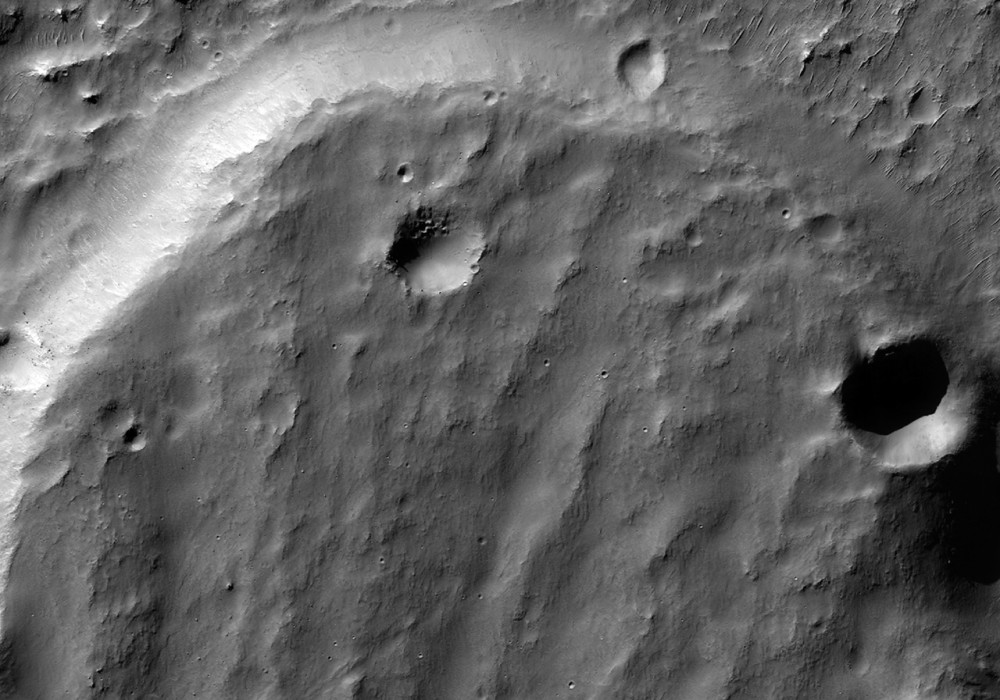