Valles Marineris is the largest canyon in the Solar System: if superposed on a map of the United States, it would stretch all the way from Los Angeles to Washington, D.C., possibly even up to New England! So this image is just a very small portion of the system.

This observation shows us gully-like landslides (called “mass wasting”) on the interior layered deposits of Valles Marineris. These include alcoves and channels, which are also visible in PSP_004396_1675 . However, that image quality was very poor due to a dust storm, so a re-image can give us fine-scale shapes and sizes. 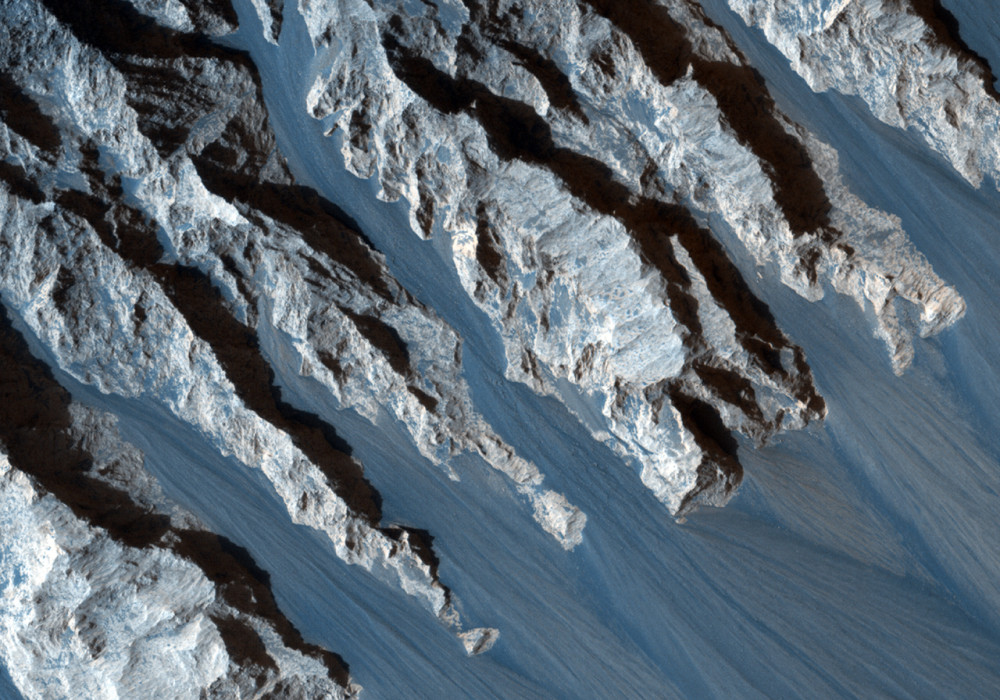